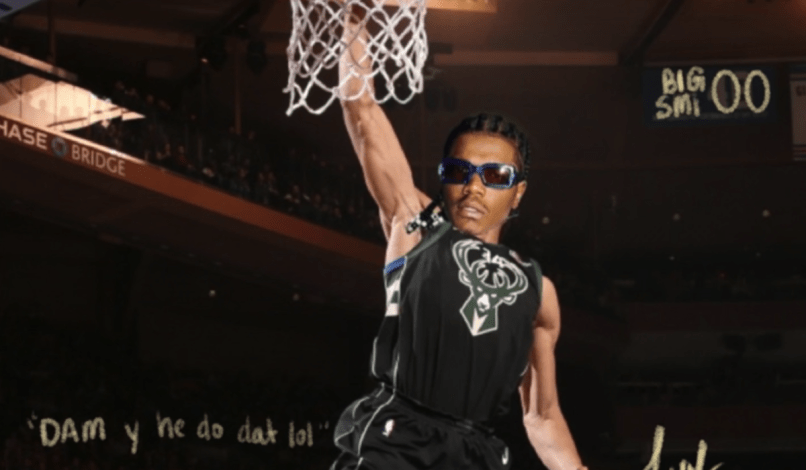 Smino has released his first new music of the year. Following up on his “Trina” single from last October, today’s track is titled “Tempo” and sees the rapper name-dropping both Milwaukee Bucks all-star Giannis Antetokounmpo and Rihanna in the span of nearly one breath.

“In the back of the boat/ Ay ay, in the water/ With a bih like Rihanna?” Smino says on the opening first. “I’m anti-broke hoe, you ain’t balling be honest/ Antetokounmpo, huh.” Listen in below.

While the St. Louis-born MC is said to have “two to three” new albums in the works, “Tempo” may not appear on any of those — he just happened to stumble upon the song while digging through his archives. “damn i fount my soundcloud password,” he wrote on Twitter.

That being said, the release of “Tempo” might just result in more solid rap material in the coming days. In a Twitter exchange with fellow Ghetto Sage member Noname over the weekend, the two challenged each other to put out new music. “i’ll drop if you do,” Smino claimed. The ball appears to now be in Noname’s court.

Smino’s last proper full-length, NØIR, dropped late 2018, and his blkswn debut was named one of the best of 2017. The rapper has a few tour dates planned for the future and you can snag concert tickets here.