by Nina Corcoran and Lake Schatz 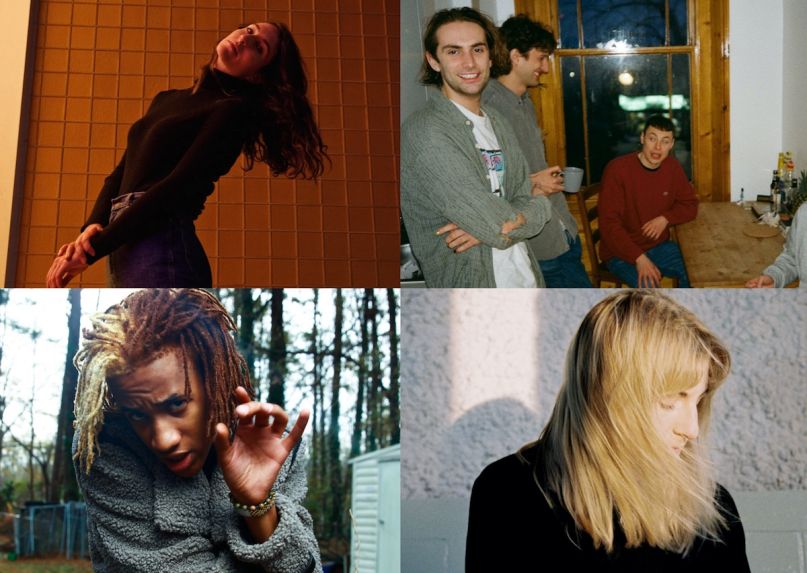 Each Friday, Consequence of Sound rounds up the most compelling new music to hit our inbox. Today, March 6th, brings fresh new songs from the likes of Wyldest, Press Club, Hannah Georgas with The National’s Aaron Dessner, Mid City, Stealing Sheep, Beachtape, Liza Anne, and Robnhood Tra. Take a listen below, and keep track of all our favorite New Sounds via our exclusive Spotify Playlist.

After touring in The National’s live band for the better part of 2019, Hannah Georgas decided to tap Aaron Dessner as a producer for her upcoming record. Our first glimpse at their collaboration is “That Emotion”, a sparse but driving number from Georgas. With soft guitar tones and an even gentler singer voice, the Vancouver-based artist turns the song into her own fortune cookie slip of truth, doling out comforting advice like a new generation’s Feist.

Redream Chaos is a full reworking of Dream Chaos, the debut album from Wyldest. Helmed in her own London studio, this new update finds songwriter Zoe Mead stripping back the layers of her original Dream Chaos tracks, while employing more organic instrumentation.

“I decided to forget about the FX pedals and synths and just get back to where I started — writing songs on an acoustic guitar or piano from my bedroom,” Mead commented in a statement. “I wanted to re-realise this album that is so dear to my heart and put another spin on it.”

Last year saw Aussie punks Press Club head out on their largest UK and European tour in support of sophomore album Wasted Energy. Now, they’re back with an all-new single in “Insecurities”.

Despite its timid title and introspective themes related to self-doubt and anxiety, the track charges forth with a fire that can barely be contained.

Slow songs are notoriously tricky for drummers to keep a steady tempo to, and the same is true for rappers. On his new single “Rap Bout”, Atlanta up-and-comer Robnhood Tra leans into an ominous, lethargic piano beat and resists the urge to lag behind. Instead, he keeps a sharpness to his flow, taking his time but ultimately leaving listeners on the edge of their seats to hear which line come next in his storybook track.

Melbourne-bred indie rockers Mid City turn up the noise on their latest single, “Forget It”. Recorded with Oscar Dawson (Holy Holy, Alex Lahey), the track carries an electric and anthemic energy, making it the ideal kick-off tune for the weekend.

In a statement, frontman Joel Griffith said the song was inspired by a case of gaslighting that continued long after the end of a romantic relationship. He explained,

“The scary thing was, I ended up gaslighting myself. I’d be telling myself stories that convinced me I can’t trust myself, I can’t be angry, I can’t forget her. That she was right. I kept stoking the desire in myself against my own best interests and it was knotting me up tighter and tighter. This song is as much me shaking myself by the shoulders as it is, hopefully, a story to help others. It’s ok to trust yourself. You do know what’s best for you.”

Experimental trio Stealing Sheep returned last year with a new album called Big Wows. The Liverpool natives continue to deal out the surprises in 2020 with today’s “Just Do”. The fresh single takes listeners on a ride through textures and colors of all varieties — from pastel coos and blue bubbling to silvery metallic percussion.

Brighton quartet Beachtape just announced a new EP, Bigger Picture, and “Somewhere Better” acts not just as a taste of the record, but as a familiar handshake with the group itself. Armed with a lackadaisical guitar solo and a tempo change midway through, the new song catches Beachtape coming to terms with change’s unrelenting speed, particularly its ability to make the significant become insignificant in the blink of an eye. Consider it a shoe-in on your next playlist if you love Pavement.

There’s something gratifying about not being able to predict how a song evolves. If you’re heard it all before, then Liza Anne’s new track “Desire” is a breath of fresh air. Over a bitter bass line and unapologetically sunny guitar melody, the Nashville-based artist flips between belting lines and letting her voice fall gently. The result, an endearing three-minute dose of indie rock, sounds like if Electrelane was fronted by Lucy Dacus on the first day of spring.