Plus, watch actor Michael Shannon interview the group about their origins 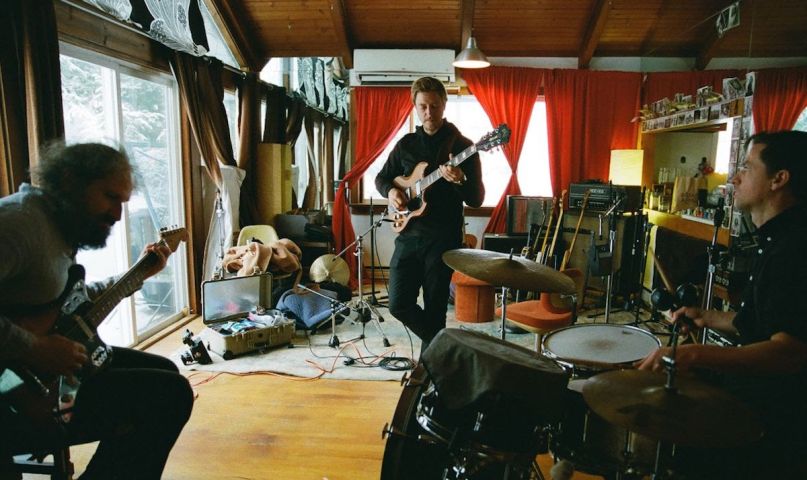 The track has a similar feel to “Bad Feeling”, the chilled-out indie rock tune Muzz used as an informal introduction to their sound earlier this month. Except “Broken Tambourine” is even more mellow, spacious, and gradually climactic. Once again, it’s strikingly different from the brooding post-punk of Interpol and about the farthest thing from the weirdo hip-hop that Banks has made with Wu-Tang Clan’s RZA as Banks + Steelz.

Below, take time to bask in its intergalactic “Broken Tambourine” music video, produced by Banks himself.

According to a press release, the members of Muzz have been working on the project since 2015, though their collaborations go much further back. Banks and Kaufman were friends in high school before individually relocating to New York City and, by the nature of the music scene, separately meeting Barrick. They’ve contributed to each other’s various projects over the years, but Muzz marks their first time all working together on original music.

Last week, Muzz posted a video snippet on their Instagram page of actor Michael Shannon interviewing the bandmates about their origins. The caption indicates that the clip is just “part one,” so it’s likely Muzz will share more footage of the interview in the near future.