Major Lazer and Marcus Mumford Collaborate on New Song “Lay Your Head on Me”: Stream 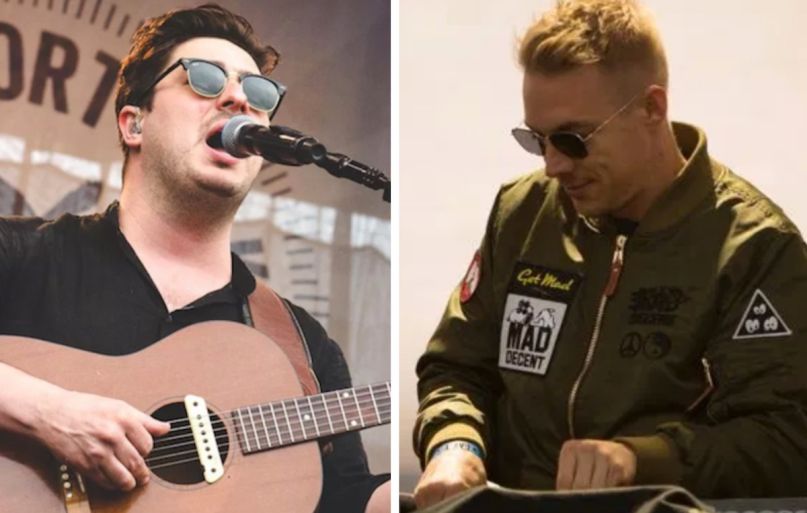 Electronic music outfit Major Lazer and folk singer Marcus Mumford of Mumford and Sons have come together for a joint single. Titled “Lay Your Head on Me”, it was also co-written by frequent Diplo collaborator and CoSigned Danish pop star MØ.

While Major Lazer and Mumford come from different corners of the music world, their talents here mesh surprisingly well. The Diplo-led trio offer a slightly more tamed production than usual — perhaps their version of a ballad? — which sets the scene for Mumford’s soft coos.

Though a left-field move for both artists, it’s not entirely unexpected, as Diplo actually recently launched a country music project under his own birth name. As for Major Lazer proper, their last studio album was Peace is the Mission from 2015.

For Mumford, this marks his first-ever solo feature of this kind. He and the rest of the Sons put out a single last fall called “Leading the Blind”, and you’ll be able to catch them live this summer by purchasing concert tickets here.