He was "a not-quite-identical clone" 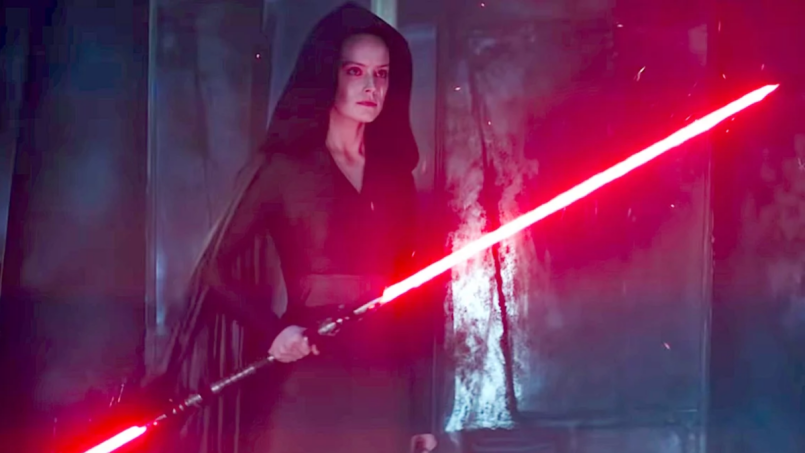 Star Wars: The Rise of Skywalker, photo via Disney

Last year’s immensely anticipated Star Wars: The Rise of Skywalker raised about as many questions as it tried to answer. The conclusion to Disney’s Star Wars trilogy may have felt like it left a good chunk out, but thankfully its novelization counterpart has some answers; unfortunately, even some of those are controversial. For example, as Screen Rant points out, it looks like Rey’s father was actually a failed clone of Emperor Palpatine, a fact that would pretty much undermine the movies themselves. No big deal.

If you need a refresher, that’s understandable; The Rise of Skywalker rushed through its explanations and justifications in an attempt to tie the series up in a pretty bow. How is Palpatine alive, for example? “Eh, he’s a powerful Sith, let’s move on.”

Things got further complicated at the end of the movie, when it’s revealed that Rey is the Emperor’s granddaughter, which means she comes from a long line of deep-seeded evil. Many predicted her falling to the Dark Side considering The Last Jedi heavily implied that her parents were everyday nobodies and she came from nowhere. But if her dad was the son of Emperor Palpatine, that doesn’t sound like a “nobody from nowhere” situation. And even so, The Rise of Skywalker raised another good question: Who is Rey’s grandmother?

If Rey’s father is indeed a failed Palpatine clone, that means she doesn’t have a grandmother at all. According to a passage in the book, Palpatine “thrust his consciousness” into a clone body after the end of Return of the Jedi. However, “the transfer was imperfect,” ultimately requiring members of the Sith Eternal to try to build a new vessel for him. In this process, they created “a useless, powerless failure” who was “a not-quite-identical clone;” it’s this body that eventually became Rey’s father.

You got that? Rey’s dad is a failed clone initially intended to house Palpatine’s consciousness after it was put into a different failed clone. You know, because the Empire hadn’t perfected all of this during The Clone Wars.

Unsurprisingly, all of this was cut from the movie to prevent its long runtime from dragging on any further. But that made the sudden arrival of Palpatine in the film, and this backstory, feel rushed, confusing, and under-explained. So if Rey’s father was a Palpatine clone, wouldn’t it be (at least somewhat) more accurate to say she’s her daughter, not granddaughter? And either way, her dad wasn’t even a real person, nor could he use the Force? Yet she’s one of the most powerful Jedis of all time? There’s… a lot going on there!

It’s worth noting that novelizations often get written based on pre-shooting versions of scripts. On top of that, various edit rounds trim off additional footage, dialogue, and even whole plot points. In fact, that’s exactly why the #ReleaseTheJJCut campaign popped up following rumors that Disney meddled with The Rise of Skywalker. That is all to say the novel could be pulling in character details that aren’t officially canon, but in the Disney era it’s sort of hard to tell what is and isn’t anyway.

If you’re still bummed with how the third Star Wars trilogy ended, don’t fret. You can always queue up The Mandalorian and get ready for season two later this fall. It may not be like the films, but there’s a reason it’s one of our most anticipated TV shows of the year.