South by Southwest Still On Despite Concern Over Coronavirus [Updated]

"It's important for us to remember at this stage that we're actively evaluating mass gatherings on a daily basis," said public health official Mark Escott 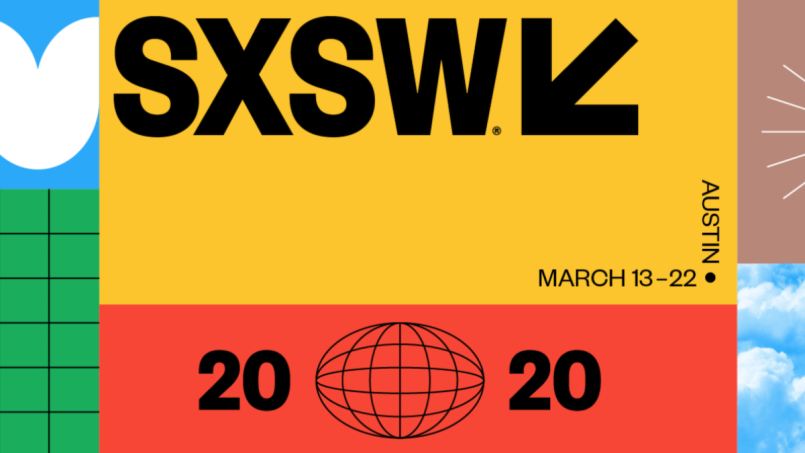 Update – March 6th: South by Southwest has officially been canceled.

The news surrounding the coronavirus seems to get ever scarier by the day, and its impact is undeniable. Huge acts like Green Day and BTS have had to cancel Asian tours, production on Mission Impossible 7 has been delayed, and just today the release date for the new Bond film No Time to Die was pushed back as nearly 70,000 movie theaters in China have closed. However, the growing epidemic hasn’t shut everything down. It appears South by Southwest, Austin’s long-running annual tech, film, and music conference launching in under two weeks, is still on as planned.

As reported by CNN, Austin public health officials made the announcement at a press conference on Wednesday morning. Interim medical director and health authority for Austin Public Health Mark Escott addressed the public’s concern about SXSW, which is scheduled for March 15th through the 22nd. “It’s important for us to remember at this stage that we’re actively evaluating mass gatherings on a daily basis,” said Escott. “Right now there’s no evidence that closing South by Southwest or other activities is going to make this community safer. We’re constantly monitoring that situation.”

The novel coronavirus’ spread has moved deeper into the US over the last few days, leading to increased pressure on organizers to cancel SXSW. A petition on Change.org asking the CDC to shut down the event has reached nearly 44,500 signatures as of this writing. However, Escott warned that pulling the plug on the long-running event at this stage could do more harm than good. “If we make the recommendation to shut down SXSW, people will still come here, without that organizational structure that SXSW provides,” he said. “All along SXSW has been extremely responsive.”

Despite things remaining on track, many major tech companies have pulled out of SXSW, Facebook and TikTok among them. Twitter has also canceled its planned participation, including a keynote address from CEO Jack Dorsey.

Update: Beastie Boys, Trent Reznor, and Ozzy Osbourne have all pulled out of their scheduled appearances at SXSW, citing concerns over the coronavirus. Additionally, Apple, Netflix, and WarnerMedia have canceled planned screenings at the film portion of the convention.

That said, there are still plenty who will be there, including recently announced keynote speakers Hillary Clinton and Andrew Yang. Organizers behind the event said on Monday they’d be “proceeding as planned” and that they are working closely with local, state, and federal agencies to provide a safe environment.

Travis County judge Sarah Eckhardt also spoke at Wednesday’s press conference, recommending attendees remember to use basic health practices. “I would ask the community — and strongly suggest — that panic will weaken us. So let’s do what our mothers taught us: let’s cover our sneezes, let’s wash our hands, and let’s be good neighbors,” she said. “Keep calm and carry on, y’all, and remember what your momma taught ya.”

Some companies are already heeding her advice by working on ways to integrate public health practices into their SXSW events. A spokesperson for Patreon told CNN Business, “We will have hand sanitizer stations throughout the house and giving it away as branded swag.” The company also claims they’ll be bringing in a professional cleaning crew twice a day to take care of the venue.

While it’s understandable citizens are concerned about such a large influx of travelers during a serious viral outbreak, the positive impact South by Southwest has on the city of Austin is also very real. According to a report paid for by the conference, last year’s event alone was generated a roughly estimated $355.9 million of income for the city. Still, Austin’s Mayor Steve Adler stressed during the press conference that the city has not put any pressure on SXSW to proceed.

“I want the community to know that these decisions are being made by our medical professionals, and that no corporation, or South By, or anybody else has a seat at that table,” said Adler. “Because we’re only motivated by making sure that we do what we can to keep the community safe.”

With the worldwide death toll at 3,200, the coronavirus has been causing public event cancelations left and right, like the Mobile World Conference in Barcelona and the Geneva Motor Show. Facebook recently canceled F8, its biggest event of the year, while Google shut down its annual developer conference on Tuesday.

If you do end up heading to Austin for South by, don’t be surprised if you find people aren’t serving as much Corona beer as usual. A recent poll found 38% of Americans are refusing to drink the brew under any circumstances just because it shares its name with the coronavirus.