In a not-so-surprising twist, the super wealthy stick together 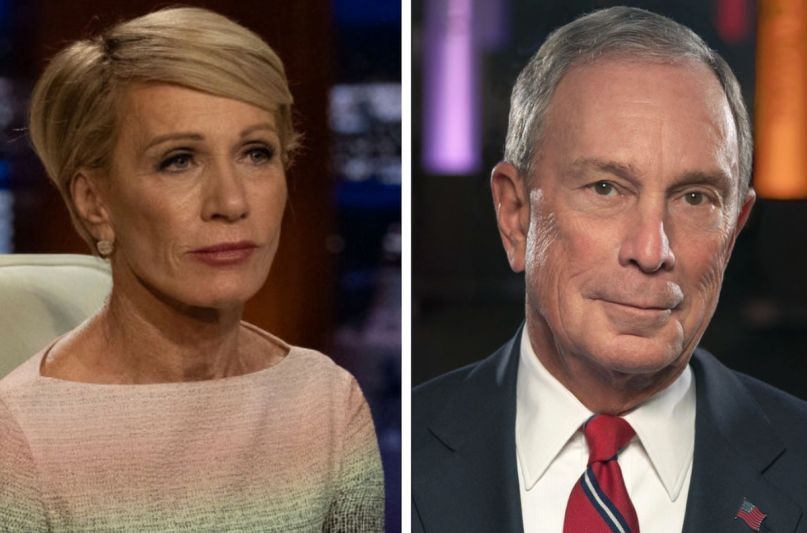 Corcoran, a longtime judge on the reality TV series, told TMZ that Bloomberg’s business track record makes him more than qualified to run the White House. She specifically pointed to the “phenomenal” businessman’s “practicality” and “efficiency” when it comes to solving problems in the work place. The Shark Tank star also praised Bloomberg for amassing his riches “legally” — a point she made sure to emphasize as an obvious jab at Donald Trump.

Corcoran is well familiar with building an empire from the ground up. In the ’80s, the 70-year-old TV personality founded the lucrative New York City real estate brokerage The Corcoran Group. She eventually sold the company for $66 million in 2001 and is currently worth a cool $80 million.

Corcoran’s endorsement comes just in time for Super Tuesday, which will feature Bloomberg on the ballot for the first time. The former Mayor of New York has so far sunk in half a billion of his own dollars into his 2020 presidential campaign. It’s a hefty amount when compared to his fellow Democratic candidates, but still relatively tiny given Bloomberg’s net worth of $60 billion. He’s the ninth-richest person in the world and the richest politician by far to seek the presidency.

Previous Story
The Hollies Announce First US Tour in 18 Years
Next Story
Iggy Pop Challenges You to a Staring Contest in “We Are the People” Video: Watch
Popular
More Stories
[fu-upload-form form_layout="media" title="Submit Your Photo"][input type="hidden" name="ugc" value="1"][/fu-upload-form]