McNally won Tony Awards for his work on Love! Valour! Compassion!, Master Class, Kiss of the Spider Woman, and Ragtime 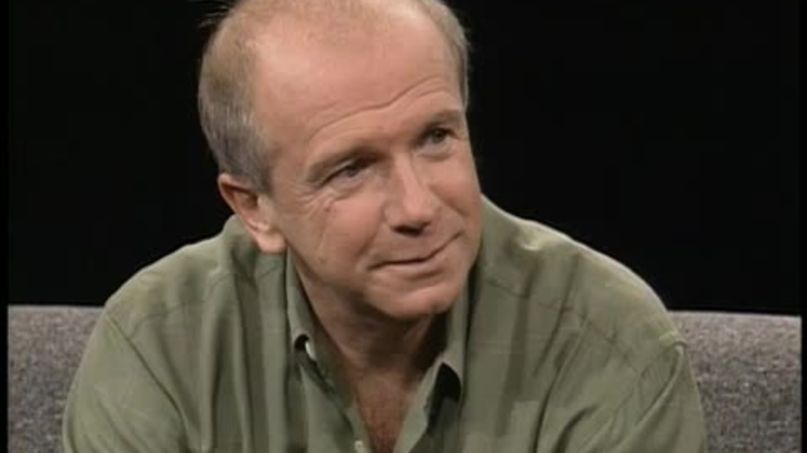 Terrence McNally, winner of multiple Tony Awards and trailblazing writer of gay characters, has died in Sarasota, Florida, of complications from the novel coronavirus, according to The Associated Press. He was 81 years old.

In a diverse career spanning six decades, McNally wrote over 30 plays as well as four opera librettos, the books for ten musicals, and more than half a dozen teleplays and screenplays. He won Tony Awards for Best Play for Love! Valour! Compassion! and Master Class, and Best Book of a Musical for Kiss of the Spider Woman and Ragtime. His script for the 1990 TV movie Andre’s Mother earned him an Emmy.

Born in St. Petersburg, FL, in 1938, Terrence McNally attended Columbia University in New York and graduated with a journalism degree in 1960. His first job was as a stage manager at the famed Actors Studio, where the playwright Molly Kazan introduced him to novelist John Steinbeck. McNally worked as a tutor for Steinbeck’s teenaged sons, and later created a musical adaptation of his book East of Eden. Entitled Here’s Where I Belong, the adaptation made it to Broadway in 1968, where it promptly flopped, lasting only one performance.

McNally would rebound with a string of Off-Broadway shows. He scored his first big hit in 1975 with The Ritz, a farce about a straight man who hides from a murderous criminal inside a gay bathhouse. The Ritz ran for more than a year on Broadway, and became McNally’s first work translated to the silver screen.

Long admired in the cozy world of New York theater, McNally vaulted into the mainstream in 1987 with Frankie and Johnny in the Claire de Lune. The witty romance about a waitress and a cook was adapted into a movie, Frankie and Johnny, starring Al Pacino and Michelle Pfeiffer. It was in the ’80s that McNally returned to the musical theater, working with songwriting duo Kander and Ebb on The Rink. The three men followed that up with 1992’s Kiss of the Spider Woman, which won a total of seven Tony Awards including Best Musical. Over the next four years, McNally would win three more Tony Awards, for 1994’s Love! Valour! Compassion!, 1995’s Master Class, and 1997’s Ragtime, a musical based on the novel by E.L. Doctorow.

Always a prolific writer, McNally would go on to have several more commercial and critical hits. He helped translate the movies The Full Monty, Catch Me If You Can, and Anastasia into stage musicals, while continuing to release new plays every few years. His 2014 drama Mothers and Sons was his last to be nominated for the Tony for Best Play, although McNally would take the podium one final time. Last year he was honored with a Special Tony Award for Lifetime Achievement in the Theatre. In 2018, McNally was inducted into the American Academy of Arts and Letters, one of our nation’s highest literary honors.