R.E.M.’s Michael Stipe Shares Four Rules to Prevent the End of the World as We Know It 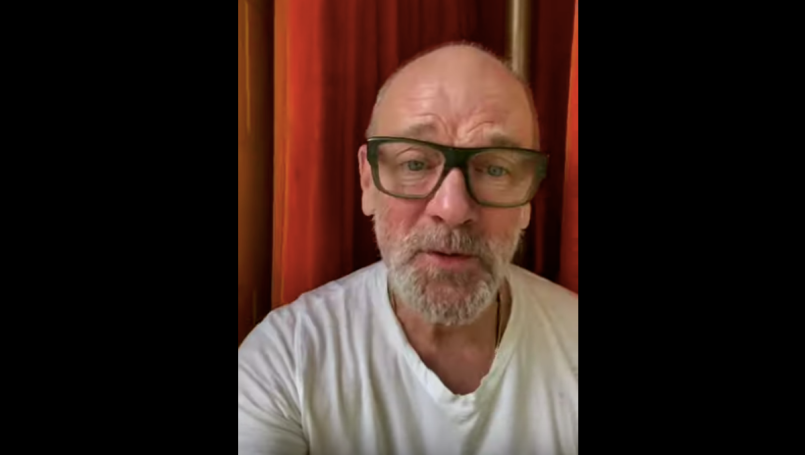 The 1987 hit “It’s the End of the World as We Know It (And I Feel Fine)” recently re-entered the charts, which is a tribute both to R.E.M.’s songwriting and the incredible speed with which the novel coronavirus spread. Now, frontman Michael Stipe has released a new video in which he shares four important rules for surviving our latest apocalypse.

Stipe actually released two videos, a shorter clip with just the rules, and a longer message that includes personal stories about friends dealing with the crisis in Italy, as well as his two young goddaughters. Both versions kick off with Stipe singing the “It’s the end of the world as we know it” refrain, and both include the same four rules, which will be familiar to anyone following the progress of the COVID-19 strain.

“Most important, number one: stay at home,” Stipe says, stressing self-quarantine. “Happy St. Patrick’s Day, we’ll celebrate in four months.” As for number two, “Wash your hands for 20 seconds every time you come into or out of your house.” But here, Stipe’s advice differs slightly from the kind of thing floating around social media. “Don’t sing Happy Birthday twice,” he warns. “It’s too depressing. Find some other song.”

As for three, Stipe suggests you should “Act like you’re already sick,” and stay six feet away from everyone at all times. And finally, “Be careful where you get your information from.” According to Stipe, we shouldn’t even trust him. “I’m a former pop star. Don’t trust social media. Go to the CDC website. Go to trusted news sources.”

Check out the shorter video below, and for the extended edition head over to Michael Stipe’s official website.

Stipe might not be a “former pop star” for much longer. He apparently has 18 solo songs “already ready,”and recently shared his first two solo singles,  “Your Capricious Soul” and “Drive to the Ocean”.