Pete Buttigieg to Guest Host Jimmy Kimmel Live This Week, For Some Reason

Sir Patrick Stewart will appear on the episode 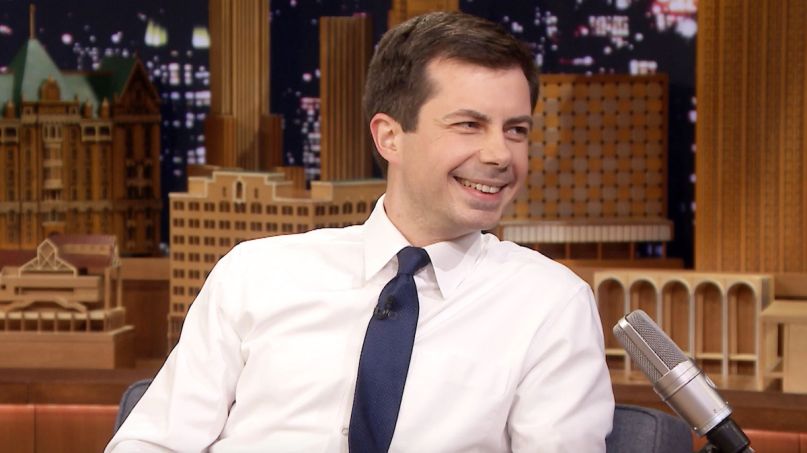 Former presidential candidate and Mayor of South Bend, Indiana Pete Buttigieg will guest host an episode of Jimmy Kimmel Live! this week. He announced the news on The Today Show on Monday morning, and Kimmel himself confirmed it over Twitter as well.

Buttigieg will host the show this Thursday, March 12th. Kimmel will be unavailable to do so because he’s busy hosting the upcoming Who Wants to Be a Millionaire? reboot — an episode of TV that will arguably be more interesting than his own titular talk show that night. Mayor Pete already has “a great slate of guests” lined up, including Sir Patrick Stewart himself. Thankfully, it will look a little different than that episode of Fallon that featured both Buttigieg and Morrissey.

When asked on Today if he will deliver an opening monologue, Buttigieg confirmed he would but hesitated about his capacity for humor. “Well, hopefully some funnier minds than mine will be doing some writing for that,” he said. “But I think it’s going to be fun. You know, the thing about coming off of a presidential campaign is you have been focused on one thing and one thing only. It’s nice to be able to zoom out and just come back at life.”

In case you missed it, Mayor Pete spent his presidential run talking like he’s part rat, part robot. So the thought of him hosting an entire episode of a late-night television show makes it hard not to cringe out of secondhand embarrassment. It would be one thing if he was a candidate whose presidential run was dotted with witty jokes or keen pop-culture references. Instead, his is remembered by a dance-turned-viral flop and musical performances equivalent to Guitar Center grandstanding.

There’s no word on who, if any, musical guest will appear on Buttigieg’s big Kimmel night. He wanted Phish to play his presidential inauguration, but that would be a surreal snag last minute. He likes Radiohead, too, but thinks they wouldn’t be good for an inauguration, so that’s out. Fellow queer icon Lil Nas X loves a good ol’ fashion publicity stunt, but he actually turned down an “Old Town Road” remix with Buttigieg. So honestly, maybe Mayor Pete will just slow jam his stump speech again!

While I’m out hosting @MillionaireTV, I nominate @PeteButtigieg to be my guest host Thursday, March 12th – thanks Mayor Pete!

Watch @PeteButtigieg’s full exclusive interview with @craigmelvin about why he left the presidential race, what’s next for him and much more. pic.twitter.com/sDrSVJrO2z