Netflix Picks Up Kumail Nanjiani and Issa Rae’s The Lovebirds

The film's theatrical release was pulled due to the coronavirus 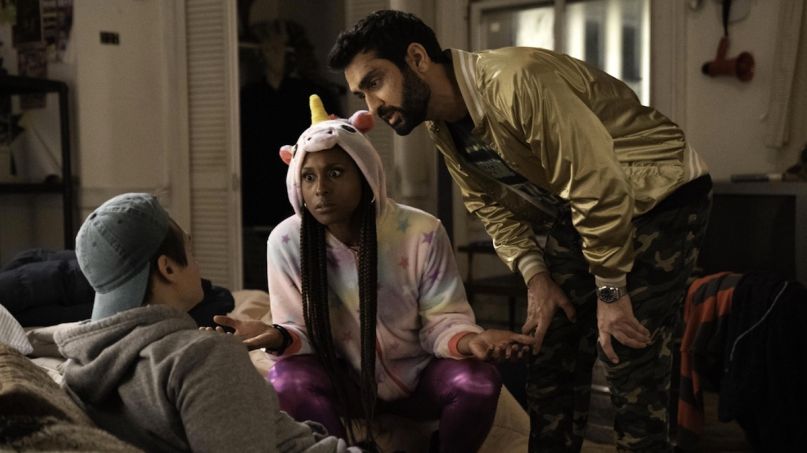 Barely a week after being pulled from its April 3rd theatrical premiere, The Lovebirds has been snatched up by Netflix, notes The Hollywood Reporter. Paramount chose not to move ahead with its original release schedule after news of movie theaters closing indefinitely in the US to prevent the spread of coronavirus.

Directed by Michael Showalter, The Lovebirds is a romantic comedy starring Kumail Nanjiani and Issa Rae. The two play a couple on the verge of breaking up who become part of a bizarre, dramatic, and unexpected murder mystery. It may sound corny, but then again, so did 2017’s The Big Sick which was an undeniable homerun.

Unsurprisingly, Paramount has pulled other movies from their upcoming slate of release dates, too, including the highly anticipated sequel to A Quiet Place as well as Blue Story. It’s one of many industry pillars facing new challenges in light of the pandemic. Meanwhile, Universal has opted for another route by releasing The Hunt, The Invisible Man, Emma, and Trolls World Tour on video-on-demand.

All told, coronavirus is expected to cost the film industry $20 billion — and to think, that was just as of last week! COVID-19 itself has come for high-profile actors already, too. So far, Tom Hanks, Lost star Daniel Dae Kim, Game of Thrones actor Kristofer Hivju, James Bond actress Olga Kurylenko, and Idris Elba have all tested positive for the virus.

For a complete rundown of all the films, TV shows, and other productions impacted by the coronavirus, check out our updated list.