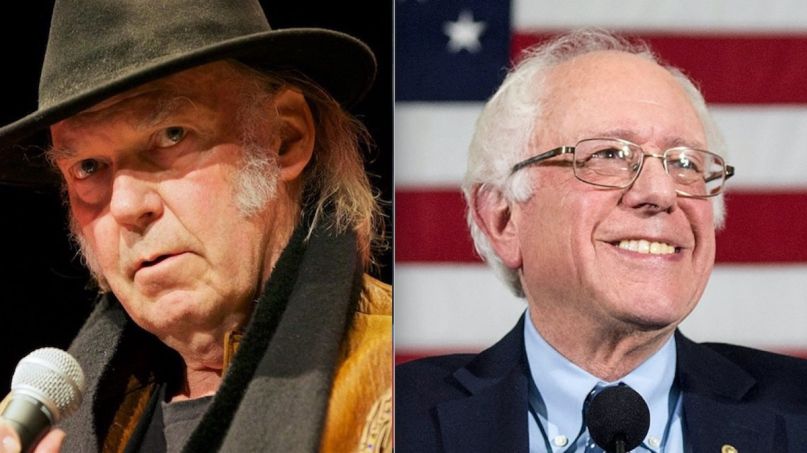 In what’s probably the most unsurprising moment this election, Neil Young has formally endorsed Bernie Sanders for president. The musician posted a long essay praising Sanders on his website over the weekend, and he even encouraged his fans to vote for him, too.

Young openly despises Donald Trump, and he recently became an American citizen — an application process that was momentarily delayed due to his use of weed — just to help vote him out of office. In his endorsement post, Young says that he thinks the Vermont senator is our best bet to do so.

“I support Bernie because I listen to what he says,” he wrote. “Every point he makes is what I believe in. Every one. In 2016, if Bernie had run instead of Hillary Clinton, I think we would not have the incompetent mess we have now.”

In his essay, the outspoken environmental activist goes on to say that he originally registered as a Democrat, but changed to be an independent because he thinks the DNC is rigged. Facebook is full of bots and it’s corrupt, he added, which explains why he left the social media site last year. Young goes on to vocalize his support for the fight against climate change, taxes on the “super rich”, a $15 minimum wage, the Green New Deal, and health care “as a human right.”

Could a Crosby, Stills, Nash, and Young reunion be in the future? Maybe, but probably not. Young’s former bandmate David Crosby is also a Sanders supporter, and recently tweeted praise for the senator. When asked about a CSNY reunion for a political rally, though, Crosby said, “I asked Neil but I got no answer at all.”

Neil Young has mentioned his support of Sanders before, and he’s also allowed the Vermont senator to use his music at rallies — something he’s bashed Trump for doing. At least he’s in good company. Countless musicians have publicly backed Bernie Sanders, including Ariana Grande, Jack White, The Strokes, Cardi B, Vampire Weekend, Bon Iver, Public Enemy, Portugal. The Man, and Jeff Mangum of Neutral Milk Hotel.