Production on The Matrix 4 Shut Down Amid Coronavirus Crisis

The pause will be in place "until further notice" 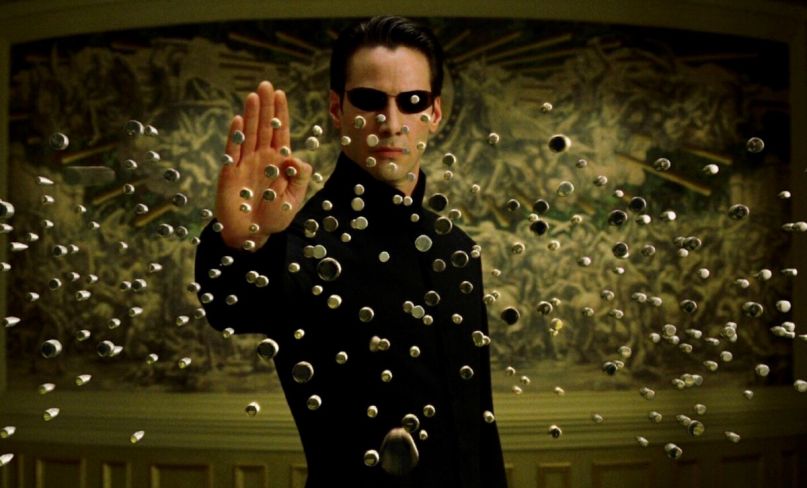 Keanu Reeves in The Matrix

Production on The Matrix 4 has officially been shut down due to coronavirus concerns. The halt will be in place “until further notice,” according to The Hollywood Reporter.

Filming had just wrapped up in San Francisco, with the cast and crew moving to Berlin for the duration of production. No actual shooting had taken place in Berlin just yet, but things were already prepped and ready to go, per THR.

Over the weekend, Germany announced it would be closing its borders to prevent further spread of COVID-19. The country has over 5,000 confirmed cases.

Warner Bros. Pictures’ reboot of The Matrix will serve as the fourth installment in the billion dollar franchise following 1999’s The Matrix and both The Matrix Reloaded and The Matrix Revolutions from 2003. It sees director Lana Wachowski reunite with Keanu Reeves and Carrie-Anne Moss, who will reprise their roles as Neo and Trinity, respectively. New cast members include Yahya Abdul-Mateen II (Aquaman), Jonathan Groff (Mindhunter), Jessica Henwick (Game of Thrones), and Neil Patrick Harris.

The Matrix 4 was due to hit theaters May 21st, 2021 — the same day as Reeves’ John Wick 4 – but this impromptu shutdown could cause a shake-up in scheduling. Of course, this isn’t the only major Warner Bros. project to be affected by COVID-19; the studio recently paused production on Matt Reeves’ The Batman.

The effects of the coronavirus pandemic are widespread throughout all facets of the entertainment world, with the film industry alone estimated to lose up to $20 billion dollars. Additionally, actors Tom Hanks and Idris Elba have tested positive for the virus. For a complete list of all the films, TV shows, and other productions impacted by the coronavirus, click here.

Last summer, the original Matrix returned to theaters in celebration of its 20th anniversary.

Previous Story
Lord of the Rings, The Witcher, The Handmaid’s Tale Pause Production Due to Coronavirus
Next Story
This Week on Consequence of Sound Radio
Popular
More Stories
[fu-upload-form form_layout="media" title="Submit Your Photo"][input type="hidden" name="ugc" value="1"][/fu-upload-form]