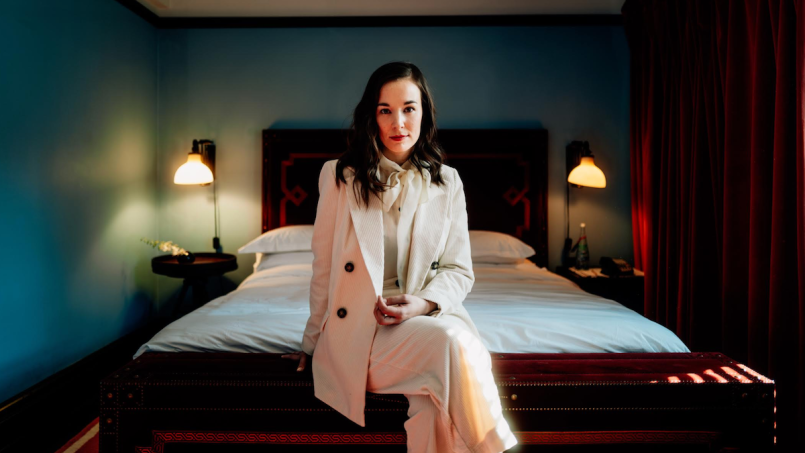 Margaret Glaspy is just under two weeks away from the release of her sophomore album, Devotion. With the Emotions and Math follow-up coming March 27th via ATO Records, the folk-pop singer-songwriter is today sharing the effort’s title track.

The LP’s previous singles — “Killing What Keeps Us Alive” and “Stay with Me” — have demonstrated Glaspy’s progression in somewhat reverse fashion. The former felt like a brand new direction, while the latter bridged the sound back to her older work. “Devotion”, with its sliding bass line, knee-clap percussion, and subtle dissonance, locks in even closer to her previous album. Still, layered vocals and a twinkling bridge show the new textures Glaspy is playing with on Devotion.

Listen to “Devotion” below. In addition, you can watch Glaspy perform a stripped down studio version of the track at Brooklyn’s Atomic Studios (where the album was recorded) alongside keyboardist Eric Lane and percussionist Tim Kuhl. Speaking of the performance in a press release, Glaspy noted,

“When we were in the studio making the record, the vibe for this song had a life of its own. Tim started to drum along on his lap in the control room and that felt like it was exactly what it needed, something that wasn’t a kit but felt just as percussive. We ended up going in that direction and wanted to recreate it in this video. I grew up playing music this way — without any amplification so you really had to listen to one another and get close.”

Glaspy has some spring tour dates lined up in support of Devotion, and while things are obviously very fluid right now, you can find tickets here.