Live music lives on even during the coronavirus pandemic 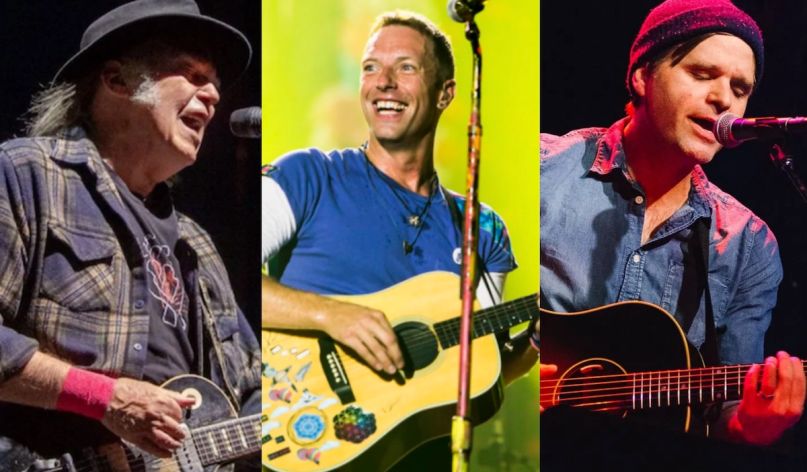 With all tours grounded for the next few weeks in the wake of the coronavirus pandemic, artists are turning to livestreaming to stay in touch with their fans. Neil Young, Coldplay’s Chris Martin, Death Cab for Cutie frontman Ben Gibbard, and John Legend are streaming intimate concerts live from their very own homes.

Young announced his live series, dubbed “Fireside Sessions”, on his Neil Young Archives website on Monday. “Because we are all at home and not venturing out, we will try to do a stream from my fireplace with my lovely wife [Daryl Hannah] filming. It will be a down-home production, a few songs, a little time together,” wrote the songwriting legend.

On Monday night, Young staged his first such Fireside Session as part of a digital campaign rally in support of Bernie Sanders. Below, watch him perform “Heart of Gold”. For details on further performances, Young encouraged his followers to stay tuned to his social media accounts.

As for Martin, the Coldplay leader streamed a mini concert on Monday as part of Instagram’s “Together, at Home” virtual series. In addition to Coldplay’s early hit “Yellow”, Martin played a cover of David Bowie’s “Life on Mars” and took fan requests.

“Maybe 9/11 was the last time I felt like we were all together,” he said of the experience. Instagram’s series continues Tuesday with Grammy-winner John Legend.

As for Gibbard, the DCFC frontman will begin his livestreaming series on Tuesday at 7 p.m. via both YouTube and Facebook. Aptly titled “Live From Home”, the daily live sessions will see the indie rocker take requests and even possibly duet with special guests.

In a message announcing “Live From Home”, Gibbard wrote,

“I know you are all freaked out right now. I am, too. And while I’m proud that we’re all doing the necessary things at the moment to help flatten the curve, I know it has left us incredibly isolated.

Be it with DCFC, Postal Service, or solo I have always been grateful for the honor you have bestowed upon us by choosing to congregate en masse around our music. Some of you have traveled great distances and/or shelled out large sums of money to see us play and that has never been lost on me. So in this crazy unprecedented time, I’d like to return my favor by coming to you.”

Additionally, punk rockers Jeff Rosenstock and AJJ are both scheduled to perform a special concert that will be livestreamed on Specialist Subject’s Instagram Stories. That event goes down Tuesday afternoon beginning 7:45 p.m. ET.

Very very excited for this tonight! If you’re self-isolating or your plans have been cancelled, please tune in!

In just the last seven days, the live music industry has seen an unprecedented fallout in the wake of the coronavirus outbreak. Highly anticipated tours from Foo Fighters, Billie Eilish, Thom Yorke, and Elton John have all been postponed, and major festivals such as Coachella and South By Southwest have had to drastically change their plans last minute. Even the Rock & Roll Hall of Fame Induction ceremony and Record Store Day 2020 have been put on hold.

Still, artists have remained determined to somehow keep live music alive by getting innovative. In addition to these livestreaming concerts, acts like Deafheaven are releasing live albums (sans any audience).