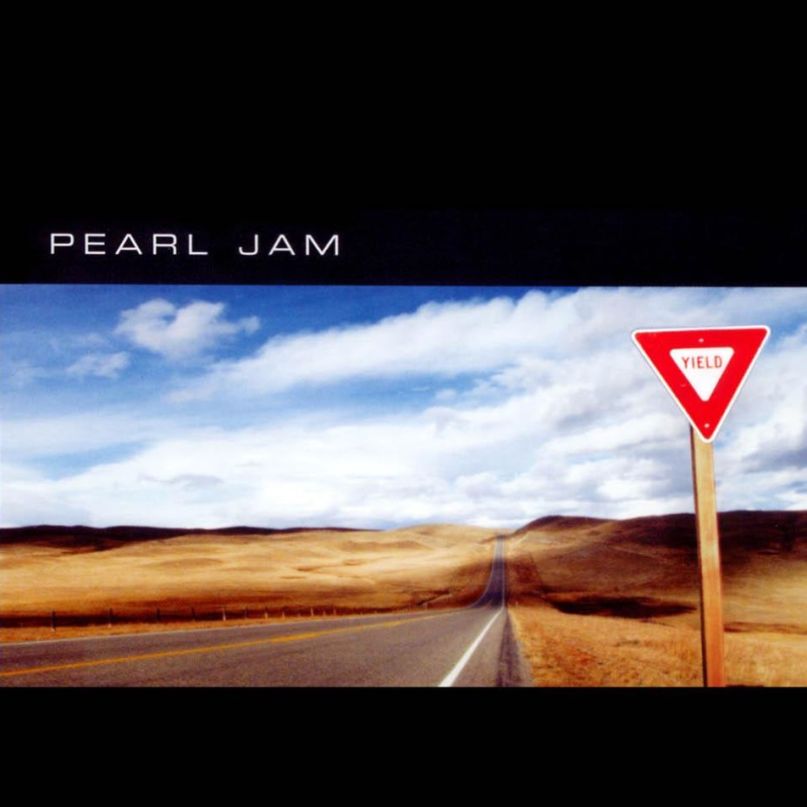 Pearl Jam 30 continues with an anniversary piece we originally ran on Yield back in 2018. For more PJ coverage, check out a personal reflection on Vs. as well as a deciphering of No Code and an early review of Gigaton.

Studies in human development depict a person’s life as a series of crises to be negotiated and, for lack of a better word, mastered before moving on to the next challenge. Experts argue that if someone fails to come to terms with a particular phase in a healthy and productive manner, they run the risk of developmental paralysis and missing out on the stages that come afterward. For some reason, this information from a bygone professorial career crept into my mind while I listened to Pearl Jam’s Yield over and over again this past week as it turns two decades old. I wondered, do similar hurdles exist for rock bands? Because Yield always felt like a daunting hurdle cleared to me — a clear division between who Pearl Jam are now and who they once were.

Several of the acts Consequence of Sound celebrate seem to have made that leap from adolescence to young adulthood and later to middle age. Productivity may slacken, breakup rumors may periodically surface, and hiatuses of multiple years may come and go, but bands like Pearl Jam, Foo Fighters, Radiohead, and even studio feet-dragging outfits like Tool seem destined to carry on well into old age. The late Erik Erikson, a pioneer in human development, may have posited that the stability demonstrated by these bands stems from them being comfortable with themselves, secure in their relationships, and content with their standing in the music world. Hence, when it’s time to plug in again, the band members are in a healthy space to create, contribute, and collaborate rather than backslide into the behaviors that cause an inordinate number of bands to whither long before their time.

None of this is meant to make an academic study of the longevity of rock bands, but it’s perhaps worth considering that the difference between a band burning brightly or burning out prematurely could be this idea of discovering a new type of maturity in the midst of crisis. And considering all the mounting tensions that consumed Pearl Jam prior to recording Yield, it makes the record seem like a clear-cut resolution of the destructive behaviors and problems that had plagued the group and threatened to cut their career short. The album feels not like a coming of age but, for this band, a coming of middle age and the first leg of the rest of their run together as a veteran act.

Pearl Jam might be the most dependable, well-oiled American touring band around in 2018, but that’s light years from the tumult of the group’s earliest days, which included, among other trials, rising from the ashes of a fallen friend and bandmate. Less than three years after Stone Gossard and Jeff Ament had buried both Andrew Wood and their rock star dreams as Mother Love Bone, the two found themselves at the unpredictable epicenter of the grunge explosion as members of Temple of the Dog, the fictional band Citizen Dick in Cameron Crowe’s Seattle-promoting Singles, and the multiplatinum-selling grunge band Pearl Jam. The fame rushed in even quicker than units could ship out, but with notoriety also came cries of “sellouts,” castigation over the graphic “Jeremy” music video, and barbs flung at the band by no less than Kurt Cobain — comments the Nirvana frontman later rescinded.

By the time Vs. and Vitalogy had run amok all over the top of the charts a couple years later, the band had already taken personal steps to sidestep some of the media’s glaring spotlight. They stopped giving interviews, cut down on their television appearances, opted out of releasing singles, and refused to belittle their songs by making music videos. More infamously, they declared war on Ticketmaster after finding out that the ticketing behemoth had been sticking it to fans with secret service charges on tickets to Pearl Jam concerts, even ones organized as “benefits.” The ongoing five-year battle saw Gossard and Ament testifying before congress and the band attempting to tour from scratch without the backing of the world’s biggest ticket broker or its spiderweb network of venues.

1996’s No Code can be viewed in several different lights. For fans, it remains an inexplicable outlier in Pearl Jam’s catalog, even though many have warmed to its eclectic charms over the years. For Pearl Jam, as a band, it could constitute hitting rock bottom. Musically, it finds them, as on Vitalogy, pushing as far away from their anthemic roots as possible – as far away from themselves as possible, which makes sense. The gauntlet of grassroots touring sans Ticketmaster had taken its toll on the entire outfit, and Eddie Vedder, heretofore given complete creative control of the band’s direction, had burned out on going it alone. So strained was the recording process that co-founding member Jeff Ament didn’t find out Pearl Jam was even recording a new album until three days into the sessions. By all accounts, drummer Jack Irons can be credited with nursing the band through the sessions intact and even reportedly got the bandmates to begin sorting through their contentions by the end of recording. “No Code was all about gaining perspective,” Vedder would later explain, a theme easily identified in several of the album’s contemplative, inward-looking songs, like “Off He Goes” and “In My Tree”.

I’d argue that just casually inspecting the packaging of Yield tells you so much about the band’s maturity and state of mind. Instead of the chaotic, eye-diverting mosaic of 156 bizarre Polaroids that constitutes the album art for No Code — not to mention the collect-the-whole-album loose replica photos that came with each copy — Yield features a yield sign presiding over an open expanse of rolling Montana highway, sandwiched between two black bars, one above and the other beneath, as in a widescreen projection. Flipping open the front cover reveals a cut-out and that the yield sign actual resides in a sky-blue sea with no bounds. The cool, crisp, and pacifying artwork meant something slightly different to each member. Ament sees it as representing open possibilities, Vedder as a reminder of that aforementioned perspective, and Mike McCready as a sign of maturity and the band having become more comfortable in their own skin.

It’s not surprising then that Yield sounds as it does: unabashedly like Pearl Jam, only a bit older and wiser. In many respects, it was the first Pearl Jam album not made in reaction to previous recordings. It feels at peace with itself, comfortable enough to open up and soar like the band hadn’t in years on anthemic singles “Given to Fly” and “In Hiding” one moment and to mumble through a cataloging of Vedder’s desires the next on “Wishlist”. The album, while eclectic, somehow manages to find a through line between songs as emotionally varied as the paranoid agitation of “Brain of J.”, the tranquility of “Low Light”, and the resolute abandonment of “MFC”. With Vedder ceding some creative control and asking bandmates to bring in more developed songs for him to polish, Yield marks the beginning of Pearl Jam as a more collaborative studio outfit — more a songwriting brotherhood now than Vedder and four flies on the studio wall.

As important as Yield and its songs are to Pearl Jam’s narrative, the record also found them in a place where they were comfortable enough to begin making decisions based on what was best for the band and their fans rather than on broad, sweeping principles that had often crippled or put undue strain on them in the past. For instance, the band that had famously refrained from reducing their songs to music videos opted to partner with Spawn creator Todd McFarlane on an animated video for “Do the Evolution”, a power-drunk take on technology that perfectly matched McFarlane’s dark, skeptical depictions of the world. Even more critically, Pearl Jam finally ended its one-band crusade against Ticketmaster, which allowed them to tour full-scale again and return to venues and towns they hadn’t visited in years. Their 1998 North American tour behind Yield alone can boast an incredible live record (Live on Two Legs), bringing former Soundgarden drummer Matt Cameron on board full time, and truly planting the seed for what would germinate into the most reliable, dedicated, and rewarding veteran touring act working today.

If the maturing that Pearl Jam underwent as a band between the end of the No Code sessions and the touring of Yield can be viewed as the band equivalent of a person transitioning from adolescence to young adulthood, then the group have long since entered middle age. It’s a time in life when people — in this case, a band — traditionally turn outward to care for others and view the world with empathy and concern. In that respect, look no further than the band’s upcoming hometown shows this August in Seattle. They’ve pledged to donate at least a million dollars from those concerts to help the local homeless, with the goal of raising several more million through community partnerships. Picture it: Pearl Jam’s first hometown shows in five years; 100,000 people in attendance, the most for a show in Seattle since the Stones back in 1981; a guaranteed marathon set from one of the best live bands going; and a chance to funnel millions of dollars towards helping the most needy among us — the real forgotten Americans.

Now, that’s a future worth growing into.