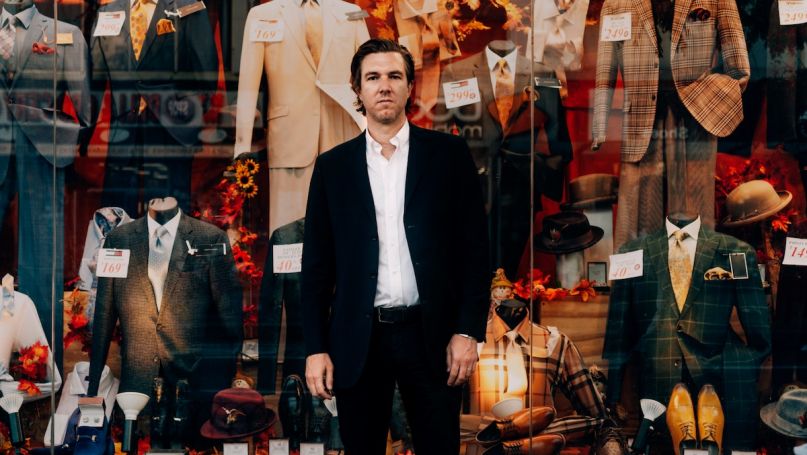 Hamilton Leithauser has announced a new solo album called The Loves of Your Life. Due out April 10th via Glassnote Records, the effort was first teased last month with the single “Here They Come”. Today, he’s unveiled a second preview in “Isabell”.

Produced by Leithauser in his own New York City home studio, The Loves of Your Life came together over the last three years. While it follows his wonderful 2016 collaboration with Rostam, I Had a Dream That You Were Mine, it’s actually the former Walkmen singer’s first true solo LP since his Black Hours debut from 2014. (He also released Dear God in 2015 alongside his former Walkmen bandmate Paul Maroon.)

Though it was created alone, the album’s inspiration was all about company. A press release describes the effort as “a collection of stories about real people he’s met over his years living in New York City.” Leithauser expounded in a statement:

“I wrote these songs about individual people. I wrote stories and I wrote music; and then I matched them up. Not one story was originally intended for the music it ended up marrying. These are people I know, and strangers I’ve come across in the last few years. All of the stories are based on some kind of truth, but I’m not afraid to get loose with the facts. Most are both fact and fiction, and some tilt pretty far in either direction. I guess people might call this ‘creative nonfiction’ or just ’embellished stories.'”

“Here They Come” was hinted to be about actor Ethan Hawke in the song’s accompanying teaser video. New single “Isabell” doesn’t seem to be about Maggie Rogers, even though the folk-pop star features in the track’s own preview clip. That video sees Rogers giving Leithauser a haircut while depressing him about the facts of his own life and age, and you can watch it ahead.

As for “Isabell” itself, the track is a string-bending, barroom swinger with a surprisingly warm gang chorus that comes in around the halfway mark. With lines like “Well it’s after midnight/ Gonna find some friends/ Gonna waltz up ninety fourth street/ In a wide-eyed trance,” it’s a perfect song for pushing open that bar door and stepping out into the cool city night. Take a listen via the lyric video below.

Pre-orders for The Loves of Your Life are live now. Leithauser will be supporting the release on a spring and summer tour that includes stops at The National’s Homecoming Festival, BottleRock Napa Valley, and Iowa’s Hinterland Music Festival. Get tickets to all his upcoming gigs here, and find his schedule ahead.

The Loves of Your Life Artwork: