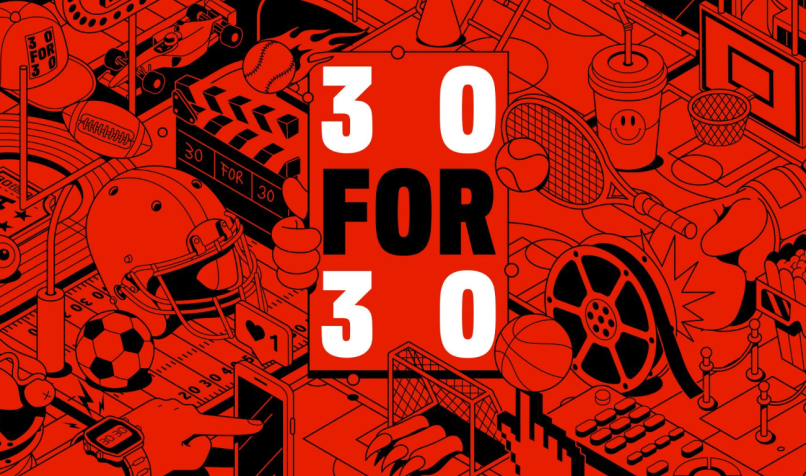 It’s late-March. But the streets and trees are bare. And a different mood fills our day. Though usually spirits are light and our laughs are loud—today the heart is heavy. Because the hoops and nets are as gone as all our sound traditions. And the crowds do not cheer.

If I sound pretentious, it’s because my sports brain is on delay. There’s no hockey. No soccer. No basketball. And no baseball within sight. In fact, this very moment was meant to be baseball’s opening day—when Spring begins anew and the soul remains eternal. Instead, every city feels worse than Mudville on a losing day. Still, there are avenues to kick this numbness down. In 2009, ESPN announced it would produce and air 30 separate sports topical documentaries made by an array of acclaimed directors to celebrate the network’s 30th anniversary. The series would be called 30 for 30.

Currently, there are 157 episodes of ESPN’s 30 for 30 that have been released over a decade-plus, and are currently streaming via ESPN+. What you’re about to read is a ranking of the series’ Top 10. Rest assured, Without Bias, Benji, Survive and Advance, The Price of Gold, and Celtics/Lakers: Best of Enemies were all considered and barely missed the final order. Instead, there’s a wide swath of stories here hitting all the essential sports: baseball, soccer, basketball, football, and boxing. And if there’s any pattern, it’s only the presence of strong narratives and films that were either aesthetically unique or ambitious in their scope.

ESPN’s 30 for 30 is a strong series, and has attracted more than a few noteworthy and award-winning directors. But it’s also given voice to forgotten stories and figures, and further aided in understanding the seismic events of the past three-plus decades by peering through the lens of sports. Make no mistake, there is a crisis we’re living through right now, and sports certainly feel inconsequential compared to our current events. The need for safety is real. Nevertheless, as these stories will reveal, games have a way of healing even when the road looks bleakest, and the 10 works listed below all constitute an assemblage of narratives relating to tragedy, justice, and truth.

Hopefully, this tides you over until sports begin anew.