With many of the world's theaters shut down, companies are postponing films 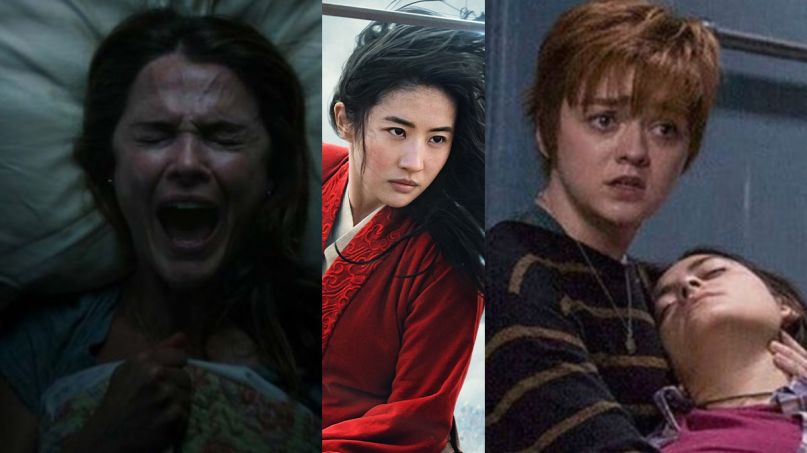 Earlier today, the releases of both A Quiet Place Part II and Fast & Furious 9 were delayed over coronavirus concerns. Now, Disney has added Mulan, The New Mutants, and Antlers to the list of postponed films.

Deadline reports that all three features have been pulled from the release schedule, with re-dating in 2020 still the target. However, as of now, no new dates have been determined.

Mulan premiered in Hollywood on Monday and was due to open wide on March 27th. New Mutants, which Disney acquired when it bought what’s now 20th Century Studios, was originally meant to be released in 2018 before being delayed until 2019. After the Disney-Fox merger, it was given an April 3rd, 2020 release date. The Keri Russell- and Jesse Plemons-starring horror flick Antlers, meanwhile, was scheduled for April 17 via Searchlight.

While Disney has already spent a good chunk of publicity and advertising money on the films, the move makes financial sense. China has shut down all of its cinemas to help combat the coronavirus pandemic, and not having Mulan open in the Middle Kingdom wouldn’t make a lot of sense. What’s more, Denmark, Norway, Greece, Italy, Poland, some states in India, Lebanon, and Kuwait have all completely shuttered their markets.

As the coronavirus pandemic continues to spread, it’s estimated the film industry could lose up to $5 billion globally. Already production on big-budget movies Mission Impossible 7 and Elvis has been halted, with the latter due to star Tom Hanks and his wife, Rita Wilson, contracting the virus. The new James Bond film, No Time to Die, has also been postponed.

That’s in addition to countless festivals, tours, and theme parks that have all been impacted by the novel coronavirus. Find an updated list of all the affected events here.