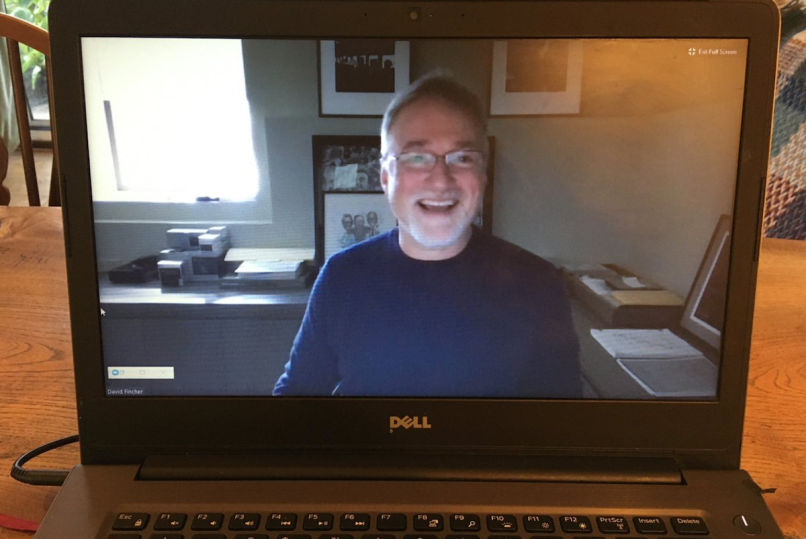 The UK officially went into lockdown earlier this week in an effort to curb the spread of the novel coronavirus. Millions of people were suddenly told they couldn’t go to work, while students were forced to switch to online courses as a means to continue their education. To keep spirits as high as possible in these dark times, The National Film and Television School surprised 450 of its isolated students by streaming a MasterClass with none other than filmmaker David Fincher.

The Gone Girl and The Social Network director is infamous for avoiding public appearances and dodging press events for his own movies. That made Fincher’s live appearance via the video platform Zoom an even rarer treat.

“It’s been a tough week so we wanted to do something to lift the spirits of @NFTSFilmTV students,” said NFTS director Jon Wardle in a tweeted statement.. “So this afternoon 450 x students sat down for a masterclass via @zoom_us with THE David Fincher.”

Besides dropping in on film school students, Fincher may be using the lockdown to do some post work on his first movie in six years, Mank. Starring Gary Oldman and written by Fincher’s father, Jack, the Netflix production tells the story of Oscar-winning Citizen Kane screenwriter Herman J. Mankiewicz. Though Netflix has halted production on all of its projects during the pandemic, principal photography had reportedly already wrapped on Mank (via IndieWire). No official release date has been set, but a 2020 debut is apparently still the target.

Previously, Fincher produced Netflix’s anthology series Love, Death, and Robots and the crime thriller hit Mindhunter. Fincher also directed a few episodes of the latter show, which has yet to be renewed for Season 3 while the filmmaker focused on other projects.

A Masterclass with the one and only directing legend David Fincher has 100% lifted the spirits of @NFTSFilmTV students! A huge thank you to David for being so generous with his time and knowledge today 🙌 https://t.co/E7QxKRlASC