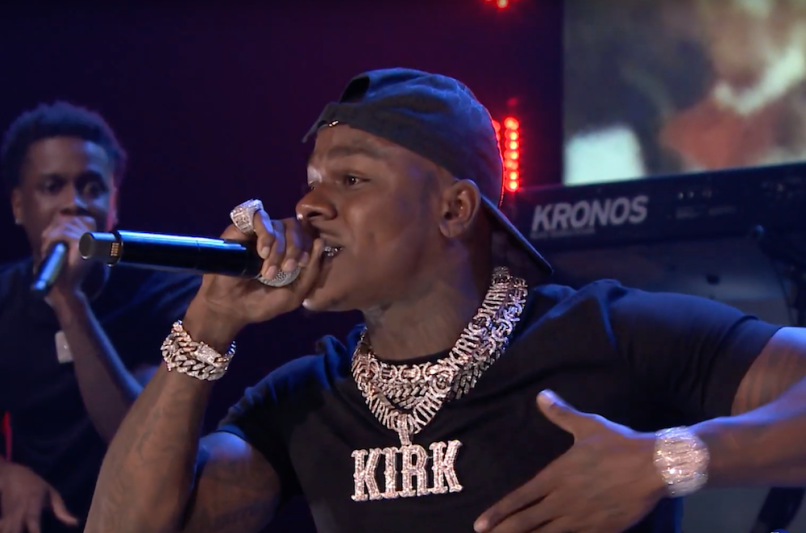 A video taken prior to DaBaby’s concert in Tampa, Florida on Saturday appears to show the rapper assaulting a female attendee.

DaBaby was making his way to the stage when he was seen striking the woman. According to TMZ, the audience responded by booing the rapper and he proceeded to leave the venue without performing.

Following the incident, DaBaby took to Instagram Live to share his side of the story. He contends that the woman provoked him and is offering a “$10,000 for whoever got a good angle of shawty hitting me in my eye with her phone.” He’s also seeking the name of the woman so “my lawyer can get active.”

Earlier this year, DaBaby was arrested for battery after allegedly dousing a concert promoter with apple juice (he claims the promoter stiffed him of $10,000). In the past, DaBaby has also been accused of assaulting a hotel worker and an airport employee, though neither individual pressed charges.

DaBaby slaps a woman as he’s walking through a crowd of people. pic.twitter.com/bx6Ds717iu