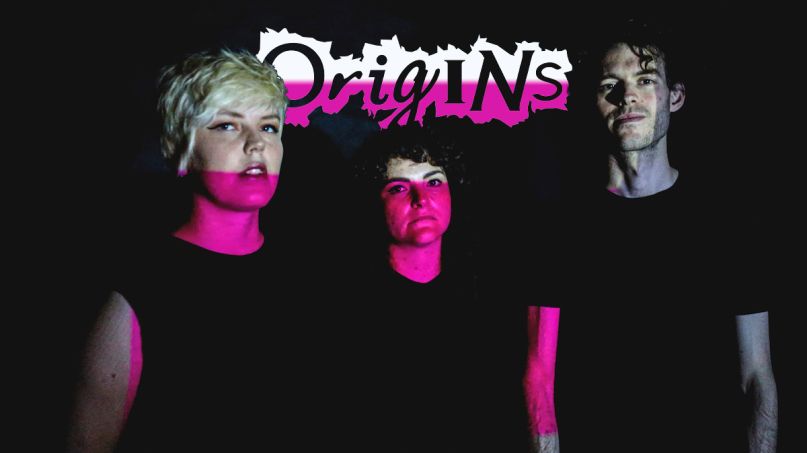 In our exclusive new music feature Origins, artists reveal some of the inspirations that led to their latest single. Today, Cable Ties tell us what gave them “Hope”.

Cable Ties are just weeks away from the release of their sophomore album, Far Enough. Arriving March 27th via Merge, the record came together amidst a struggle to reclaim that essential element of enduring life’s countless hardships: Hope.

“In the past, I thought I could change things,” singer Jenny McKechnie said in a press release. “I thought if I pointed out how messed up everything is, then people would see a clear path to fixing these problems. By the time I started writing this album, I had lost this hope. But it’s about the importance of getting hope back, even when you can see no logical reason to have it. Without hope, anger becomes despair or bitterness.”

If that quest to keep a level of optimistic faith is the core of the album, then new single “Hope” is its molten center. Opening with just a reverberating guitar and McKechnie’s voice, that sense of despondency seems to be the overarching feeling. But as she’s joined by her bandmates to sing, “It might be hopeless, but if I lose hope/ I’ll bring on that ending,” the song begins to take off. In come the drums, the guitar tightens, and the propellent bass kicks everything into gear. It’s an energy that reminds you hope isn’t just about resilience, but adamance.

Take a listen below, and read on to learn the Origins of Cable Ties’ “Hope”.

“Rabbit” is the opening track off Melbourne band The Dacios’ second album, Beyond the Bottom Hour. I love the way it starts from something so small and vulnerable and then builds into this incredible, emotive and expansive rock album. This band can find what’s making you feel hopeless and depressed and unravel those feelings until you cry, pull yourself together and then use it the motivation for whatever you’re gonna do next. I wanted our album to start from a similarly quiet and vulnerable place as Rabbit and then build into something passionate and powerful enough for me to feel ok slotting it in next to Beyond the Bottom Hour on my record shelf.

Jen Cloher’s self-titled album of 2017 is another favourite that was on all the time while we were writing the album. We also toured with Jen and her band in the UK and Europe when she released this album and were incredibly inspired by their incredible live show. They’re also all incredibly supportive and lovely people who make the best tour buddies and mentors for us on our first OS tour. I pinched the idea to use the same word to finish every sentence as to start the next one from “Sensory Memory”.

I cannot stand this show. My housemates were watching it while I was writing “Hope” and it served as the inspiration for the last verse. The song is about finding Hope even when you have no logical reason to have it. It’s about using hope as a productive emotion and saying, “Ok, even if we are all doomed because of the climate emergency, if we accept that fate and stop fighting it will only ensure that we are indeed doomed.” Doomsday Preppers do the opposite of this. They accept that the world’s going to hell in a handbasket and just work out how they’re gonna be the only people that “survive.” Imagine if they instead put their energy into working with other people in their community, or activist groups or anyone outside themselves and their family to try and prevent the disaster from happening or at least help the wider community prepare for it if it is inevitable. It’s the classic individualistic, neo-liberal behaviour that got us in this mess in the first place.