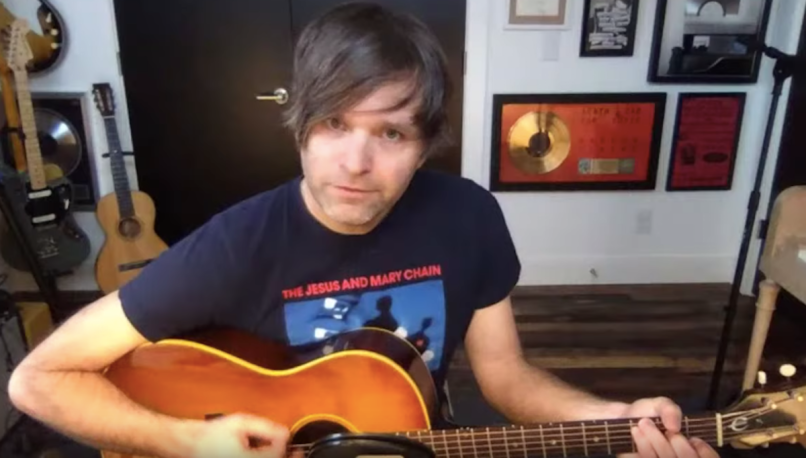 For six days running, Ben Gibbard has livestreamed his “Live From Home” concert series, and so far he’s played favorites from A Postal Service and Death Cab for Cutie, covered Radiohead’s “Fake Plastic Trees”, and performed the new song “Life Under Quarantine”. On Sunday, Gibbard explored an all-covers format, including cuts by Phoebe Bridgers, Bob Dylan, Def Leppard, and more.

Gibbard compiled the setlist from fan requests. “I’m gonna start with a song by John Lennon that is not “Imagine”,” he began, “Because I think we can all agree that song has suffered enough in the last week.” (Gilbert Gottfried concurs). From there he moved on to covering Rilo Kiley, Big Star, and Elliot Smith. The Death Cab for Cutie-frontman took time for fan questions, launched into the hilarious “The Bones Are The Skeleton’s Money” sketch from I Think You Should Leave, praised James Mercer before queuing up The Shins’ “New Slang”, and ended with “Do You Realize??” by The Flaming Lips.

Gibbard plans to continue the “Live From Home” series through at least Tuesday, March 31st, and said that Sundays would be devoted to the art of the cover. This inaugural covers livestream was in benefit of the Country Doctor Community Health Centers, a Seattle non-profit that that, according to their website, provides “high quality, caring, culturally appropriate primary health care that addresses the needs of people, regardless of their ability to pay.”

Watch the full set below, and don’t miss a show with our updated list of livestreamed concerts.

Ben Gibbard’s April solo tour has been cancelled, but Death Cab for Cutie still have some shows on the May calendar. Tickets are available here.