Lil Wayne performs “Dreams” on Fallon with help from The Roots: Watch

In support of his guest-heavy surprise album, Funeral 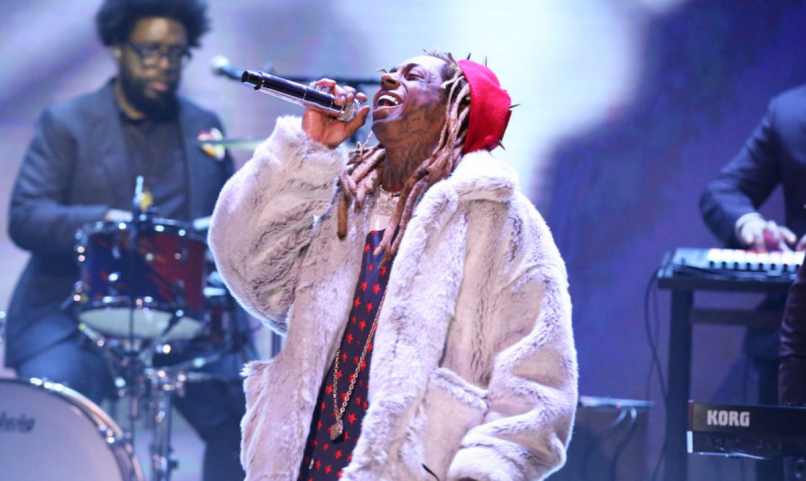 Lil Wayne and The Roots on The Tonight Show, photo by Andrew Lipovsky/NBC

With help from Questlove and the rest of The Roots house band, the New Orleans-born rapper rolled out Funeral cut “Dreams”. Much like the album title, the performance had something of an ominous tone, as Weezy — outfitted in a spiky red beret and fuzzy oversized coat — rapped in front of a stormy background.

Replay the video footage below, followed by a clip of the MC participating in a game of Pictionary with Fallon, Claire Danes, and Lana Condor.

In our review of the new album, Consequence of Sound writer Christopher Thiessen described Funeral as “a record full of vision and technical skill that goes on far too long.” To catch Lil Wayne live on tour, purchase your concert tickets here.