Demi Lovato sings the hell out of the National Anthem at 2020 Super Bowl: Watch

As part of her live comeback, the pop singer officially kicks off Super Bowl Sunday 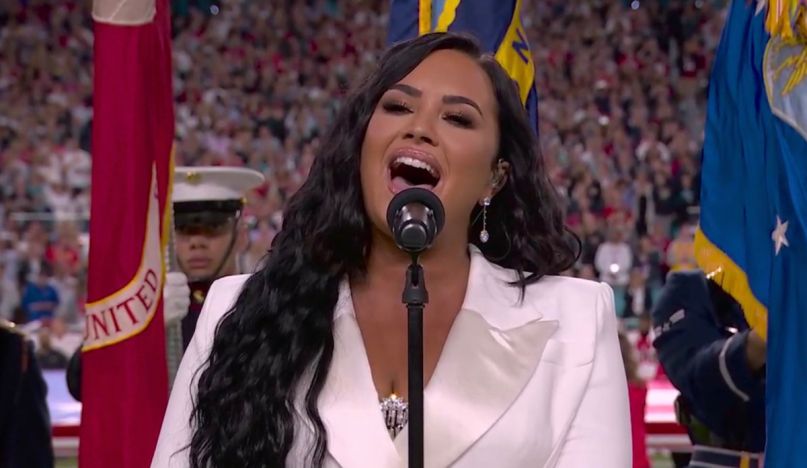 Demi Lovato kicked off the 2020 Super Bowl with a rousing performance of the National Anthem.

Setting the stage for the showdown between the San Francisco 49ers and the Kansas City Chiefs, the 27-year-old pop singer took the field at Miami’s Hard Rock Stadium to belt out the “The Star-Spangled Banner”. Replay the powerful rendition below.

Lovato’s Super Bowl appearance follows her live comeback at last weekend’s Grammys. During that performance, Lovato debuted her moving new single “Anyone” — and even got quite choked up doing so. “Anyone” was written and recorded in Summer 2018 just days before a drug overdose caused her to take a temporary hiatus from the spotlight.

Lovato’s last concerts date back to her 2018 “Tell Me You Love Me Tour”, which came in support of her album of the same name. Her follow-up album is expected out later in 2020.