BTS Achieve Their Dreams in Epic Video for “ON”: Watch

In support of their acclaimed Map of the Soul: 7 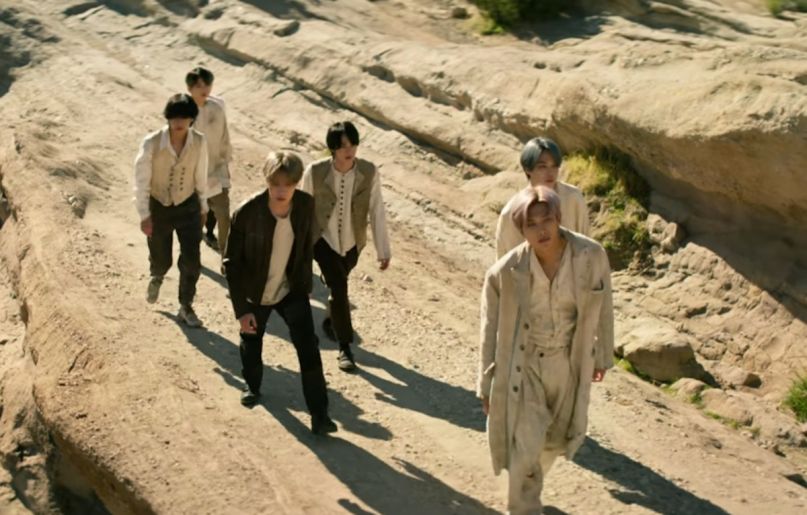 BTS are global megastars, as well as the first K-pop act to go platinum in the US, but their success didn’t come overnight. That’s the basic premise of the group’s otherwise epic new music video for “ON”.

Technically their second visual for the Map of the Soul: 7 track, it follows the members of BTS as they set out to achieve their dreams. The video includes a number of cinematic scenes — some depicting members breaking free from literal captivity, others seemingly referencing that triumphant moment from The Lion King. There’s also of course very precise choreography that takes place outdoors in what could be a Burning Man setup.

The “ON” video eventually concludes with BTS ascending a mountain. The phrase “No More Dream” is plastered across the screen before turning into simply the word “Dream”, a throwback nod to the K-pop outfit’s debut single “No More Dream” from 2013. Watch below.