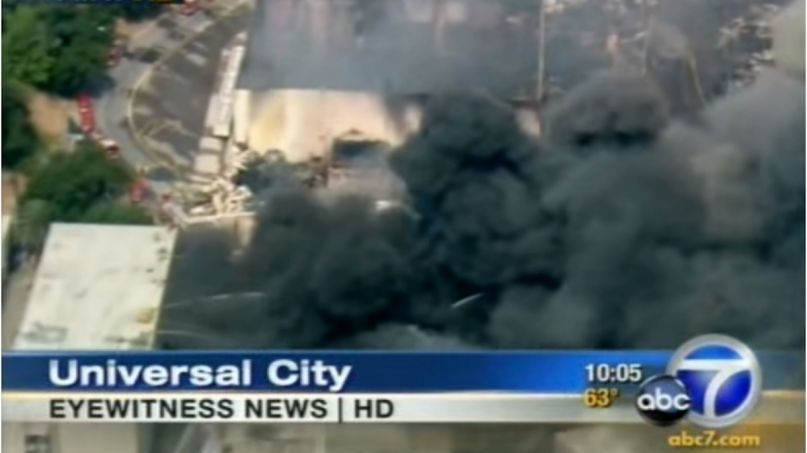 A massive fire burned down a Universal Music Group warehouse in Florida back in 2008, but reports about what was inside — 500,000 high-quality master recordings, many of which were for iconic records — didn’t surface until last year. Now, Universal has acknowledged that master recordings to albums by Nirvana, Soundgarden, Slayer, R.E.M., Elton John were either damaged or destroyed in the fire.

The reason this is news 12 years later is because Universal never told the artists impacted by the fire in the first place, even those who were the legal owners of those masters. Instead, it was The New York Times who broke the story, which prompted artists like Hole, Soundgarden, and Tom Petty’s estate to file lawsuits against Universal. According to Rolling Stone, as part of the legal proceedings, these artists asked for “a complete list of damaged records.” Universal has now responded by confirming (via filed documents) that the master recordings of 19 artists were “either damaged or destroyed” in the fire.

Who are the lucky artists who found out their works are fried to a crisp? In addition to Nirvana, Soundgarden, Slayer, R.E.M., and Elton John, victims include …And You Will Know Us by the Trail of Dead, Bryan Adams, David Baerwald, Beck, Sheryl Crow, Jimmy Eat World, Les Paul, Peter Frampton, Michael McDonald, Sonic Youth, Soundgarden, Suzanne Vega, The Surfaris, White Zombie, and Y&T.

If that list looks short to you, then you’re paying attention. “Universal [initially] claimed 17,000 artists were affected by the fire when they were suing for damages,” said Howard King, one of the artist’s lawyers. “Now that they face a lawsuit by their artists, they claim a mere 19 artists were affected. This discrepancy is inexplicable.”

For its part, Universal is claiming that they saved other copies of the recordings elsewhere, either on vinyl or tape, which is hard not to scoff at. For starters, the label won’t say which artists’ records have been saved via a backup copy. They’re describing these as “certain original flat mixes” and “certain original multitrack master reels” — phrasing that’s just vague enough to sound like they hurriedly took stock of what was found in a lone storage closet without knowing for sure.

The original masters to Nirvana’s Nevermind are believed to be “gone forever”, as is the majority of Beck’s music. For all the justified fear and panic surrounding these devastating losses, there was one artist who responded in a truly humbling way: Smash Mouth. ““Our loss can’t compare to the thousands of people who lost their homes, pets, memories and even loved ones,” they said. “It is their loss that really weighs heavily on our hearts.”