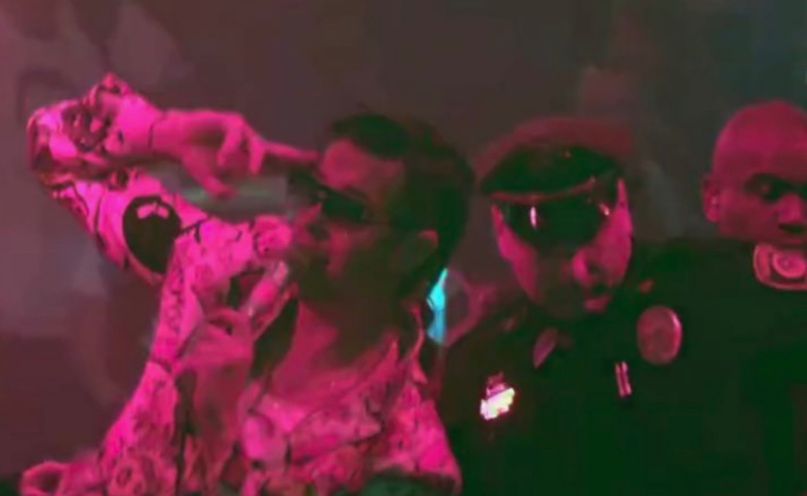 On the eve of the New Hampshire presidential primary, The Strokes stumped for Bernie Sanders at a rally in Durham. Following a speech from the Democratic contender, Julian Casablancas and co. took the stage and proceeded to deliver an 11-song set that was noteworthy for several different reasons.

For one, The Strokes kicked off the show by covering Talking Heads’ “Burning Down the House”, a song which was not originally written on the setlist. A few songs later, they debuted “Bad Decisions” from their upcoming album The New Abnormal. Speaking of which, Casablancas confirmed the album would be arriving on April 10th.

Towards the end of the show, The Strokes debuted the video for another new song, “At the Door”. Then, to close the night, they ripped through “New York City Cops”. Amazingly, Casablancas sang the song as uniformed officers stood on stage, attempting to corral fans who jumped the rail at the encouragement of the band. It was a pretty surreal scene.

Watch it all below, and stay tuned because more news from The Strokes is coming soon.

Setlist:
Burning Down The House (Talking Heads cover)
Killing Lies
One Way Trigger
Bad Decisions (Live debut)
Someday
Hard To Explain
The Adults Are Talking
The Modern Age
Ize of the World
The End Has No End (First time live since 2014)
You Only Live Once
New York City Cops