The band's contribution to the Songs for Australia charity album 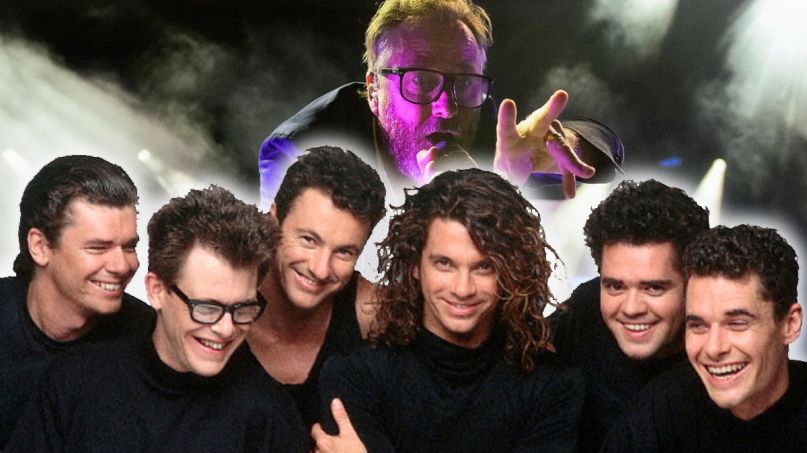 The National (photo by Ben Kaye) and INXS

Last month, Julia Stone of Angus & Julia Stone announced the Songs for Australia charity covers compilation. Featuring contributions from Kurt Vile, Damien Rice, Petit Biscuit, Martha Wainwright, and more, the March 5th release (June for vinyl and CD) will benefit ecological and firefighting charities helping Australia recover from the devastating bushfire. After hearing Stone’s own take on Midnight Oil’s, “Beds Are Burning”, we’ve now been given our second sample of the comp with The National’s cover of INXS’ classic “Never Tear Us Apart”.

Despite the serious cause behind the cover and the somber romance of the original, The National’s version of “Never Tears Us Apart” may be the band’s most upbeat song in years. There’s the added elevation of horns to give the love song an airier quality, though the rendition of Kirk Pengilly’s sax solo gets crowded by extra guitar noodling. Take a listen below.

Proceeds from Songs for Australia will go to a number of charities: Seed, Firesticks, Landcare Australia, Emergency Leaders for Climate Action, Wild Ark, and the NSW Rural Fire Service. Pre-orders are on-going.

The National, meanwhile, have a North American tour scheduled for July after a European spring run. Their docket includes their own Homecoming Festival, plus stops at Primavera Sound, Best Kept Secret Festival, Rock in Rio Lisbon, and Ottawa Bluesfest. Get tickets to all their upcoming shows here.