With a script coming from The Bold Type creator Sarah Watson 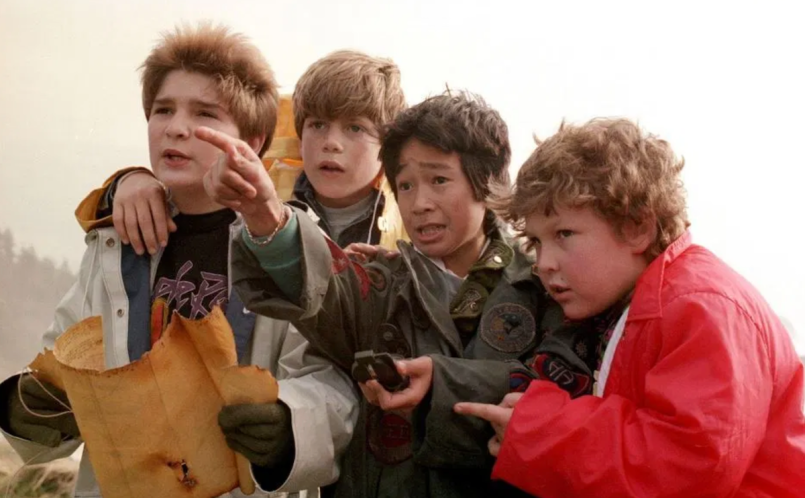 Goonies never say die… or at least that’s what they’ll be saying in the new pilot that Fox has ordered.

As noted by The Hollywood Reporter, the network has enlisted The Bold Type creator Sarah Watson to write a drama centered around a re-enactment of the ’80s classic film. The plot starts with the character Stella Cooper, who’s failed to “make it” in New York City and has found herself back in her depressed hometown, working as a substitute teacher. She finds a new focus when she agrees to help three students with their dream of creating a shot-for-shot remake of The Goonies. As the project unfolds, the town finds its own new hopes along the way.

The pilot marks the network’s eighth order for the season. As The Hollywood Reporter puts it, as the rest of the world seems to be working on reboots, it appears Fox is making a push back to original shows, harkening back to some of the network’s earlier breadwinning content like The Simpsons.

Previous Story
Roger Waters: Trump Is a “Mass Destroyer of Everything That Any of Us Might Love”
Next Story
Snoop Dogg Apologizes to Gayle King After “Talk With My Momma”
Popular
More Stories
[fu-upload-form form_layout="media" title="Submit Your Photo"][input type="hidden" name="ugc" value="1"][/fu-upload-form]