The new adaptation comes to Quibi in April 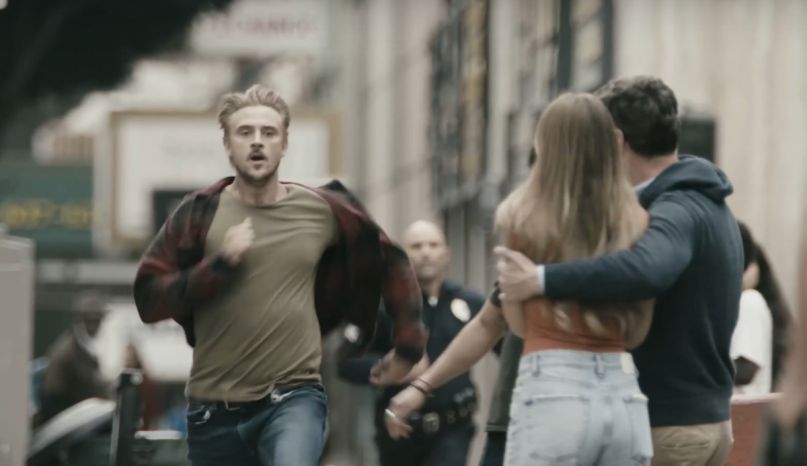 Quibi, the new short-form streaming platform from Jeffrey Katzenberg, is set to launch on April 6th, 2020. Among its initial offerings is a new take on The Fugitive starring Narcos actor Boyd Holbrook and Jack Bauer himself, Kiefer Sutherland. Today brings the first look at the series, as you can see below.

Written by Nick Santora, this new iteration of The Fugitive centers on Mike Ferro (played by Holbrook), a Los Angeles commuter whose subway train is bombed. While Ferro is trying to figure out if his wife and young daughter are safe, misleading evidence, rushed news coverage, and social media rumors paint him as the one responsible for the attack. It’s then up to Ferro to quickly find the real criminal, all while Detective Clay Bryce (Sutherland) works to track him down.

Some of Quibi’s other announced projects include Spielberg After Dark, Varsity Blues, Sam Raimi’s 50 States of Fright, the adventure reality series Killing Zac Efron, and reboots of Reno 911, Legends of the Hidden Temple, and Punk’d hosted by Chance the Rapper.