The pair's debut album, Fungus II, is on its way 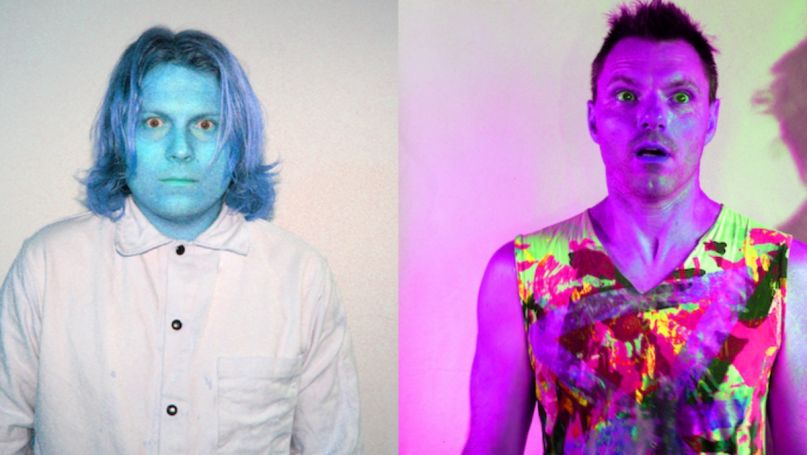 Wasted Shirt, the collaborative duo comprised of Ty Segall and Lightning Bolt’s Brian Chippendale, will unleash their debut album later this month. Already fans have heard one single off Fungus II in the form of “Double the Dream”; today brings the reveal of another track.

Titled “All is Lost”, the three-minute cut wastes no time in getting feral, its instrumental opening a fierce tangle of shrieking guitars. Both Segall and Chippendale later chip in on vocals, contributing their own versions of wailing.

The single also comes with a new video from director Adam Davies featuring MRI images and psychedelic claymation effects. In a statement, Davies discussed how it all came together,

“​Like it’s a melty, hot mosh pit, we wanted to crawl inside the wave of energy Ty and Brian create. We boiled and mixed clay, sliced it up and photographed the slices in sequence to match the dudes’ energy. Then while the breakdown pummels you, we blast you in the face with MRIs of humans, animals and fruit to make you go inside out to the beat​.”

Check out “All is Lost” below.

Fungus II is due out February 28th via Famous Class. Although Wasted Shirt have yet to announce any tour dates supporting their new album, Segall is definitely scheduled to be on the road for a good chunk of 2020. In addition to his own solo shows, he’ll be performing live with FUZZ on their first tour in five (!) years. Grab tickets to all of Segall’s upcoming concerts here.