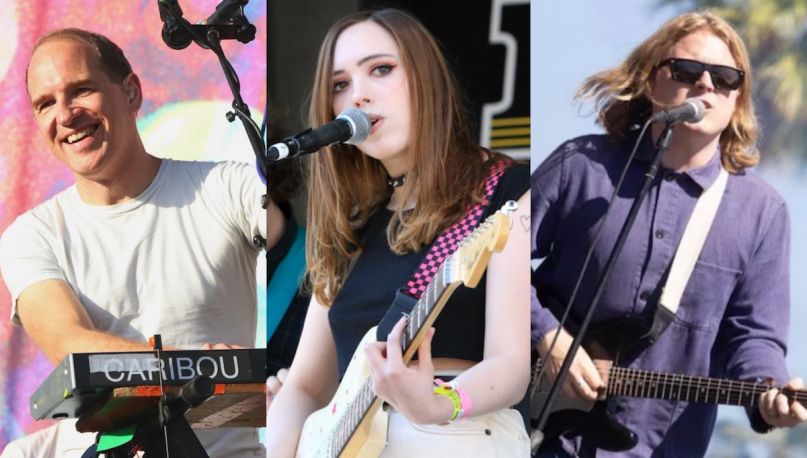 Every Friday, Consequence of Sound rounds up some of the week’s noteworthy new album releases into one nifty post. Today, February 28th, brings fresh jams from the likes of Caribou, Soccer Mommy, Wasted Shirt (Ty Segall and Brian Chippendale), Real Estate, and Tycho.

Caribou is back with new album Suddenly. Due out through Merge Records, the effort follows up on Our Love, one of the best full-lengths of the 2010s. According to a statement, singles “Never Come Back”, “You & I”, and the rest of the LP were created from over 900 (!) draft ideas.

“I record music every day, and I love it – as much or more than I have always done,” said the producer also known as Dan Snaith. “I feel very lucky – the thrill has never, ever left me.”

Soccer Mommy, aka Sophie Allison, has let loose her sophomore album, color theory. Due out via Loma Vista, the follow-up to 2018’s Clean was recorded in the indie songwriter’s home base of Nashville at Alex the Great. It’s said to be a highly personal collection, with Allison wrestling with the heartbreaking and difficult themes of aging and eventual mortality.

Consequence of Sound praised color theory, which features early singles “yellow is the color of her eyes” and “lucy”, in its recently published album review.

Wasted Shirt, the new project of Ty Segall and Lightning Bolt’s Brian Chippendale, have put out their debut album Fungus II. Out on shelves via Famous Class, the effort is “hectic” and reminiscent of “exploding euphoria,” according to the Henry Rollins.

On their first-ever full-length, both musicians team up on vocals. Segall also provides guitar, bass, and harmonizer, while Chippendale mans the drums.

Wasted Shirt don’t have any proper tour dates just yet, but the always prolific Segall will be on the road for a good chunk of 2020. Snag concert tickets here.

The Main Thing is the new album from Real Estate. Due out courtesy of Domino, it marks the New Jersey band’s fifth full-length and follow-up to In Mind from 2017.

A press statement describes the record as the indie rock outfit’s “most inspired, self-aware set of songs yet.” It includes lead single “Paper Cup”, which features guest contributions from Amelia Meath of Sylvan Esso. Real Estate also gave Consequence of Sound an exclusive Track by Track breakdown of the effort, which you can read now.

Songwriter and producer Scott Hansen, aka Tycho, has dropped his new album, Simulcast. The effort serves as a companion piece to last year’s Grammy-nominated Weather.

Per a statement, Simulcast consists of “bespoke instrumental reworkings” of Weather tracks, sans the original vocals of Saint Sinner. It will be supported with an extensive 2020 world tour, tickets for which can be purchased here.