Off the post-hardcore outfit's first album in 14 years, Trust the River 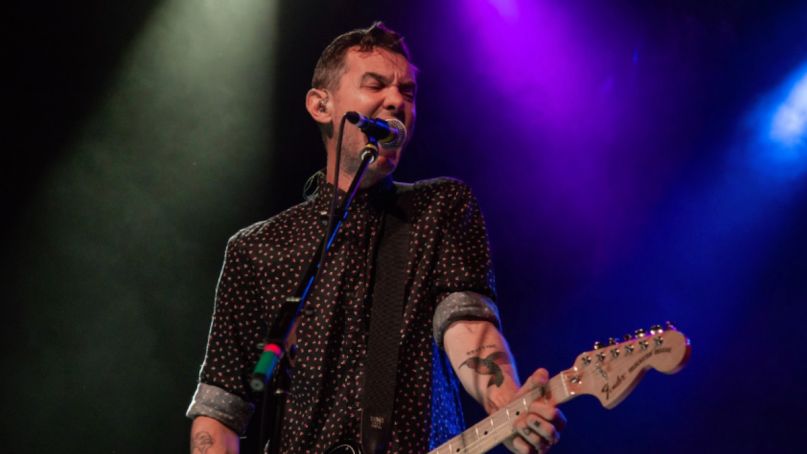 Former At the Drive-In guitarist Jim Ward’s Sparta is back today with a new song, “Empty Houses”. Following “Believe”, the track serves as the latest single off the Texas post-hardcore outfit’s first full-length in 14 years, Trust the River, out on April 10th.

“Empty Houses” kicks up the dust of the housing bubble burst that occurred over a decade ago. While that might seem well in the past, there remains an undercurrent of anxieties for those who experienced the financial upheaval, a consternation Sparta captures in a cauldron of tense drumming and twirling guitars.

Ward described the inception of the track in a press release:

“Our bass player Matt Miller brought in the completed music and lyrical concept for ‘Empty Houses’ and I fell in love with it — I worked out the final lyrics and vocals pretty quickly in the studio with David Garza bouncing lines back and forth. The idea centers around the void left by the market crash and what became of the houses left vacant. We wanted to capture some of that anxiety and fear that must have surrounded those times and try to imagine how to cope.”

The Trust the River single comes accompanied by a digital music video directed by Kris Pierce, which you can watch ahead.

In addition, Sparta have added a trio of shows to their forthcoming spring tour. The three-night residency will take place at Austin, Texas Mohawk on May 8th, 9th, and 10th. Support will come from Emily Davis & The Murder Police and Crystal Rippers. Find the band’s full schedule below, and get tickets here.