Best known for his roles in The Twilight Zone, Dr. Quinn, Medicine Woman, and Being John Malkovich 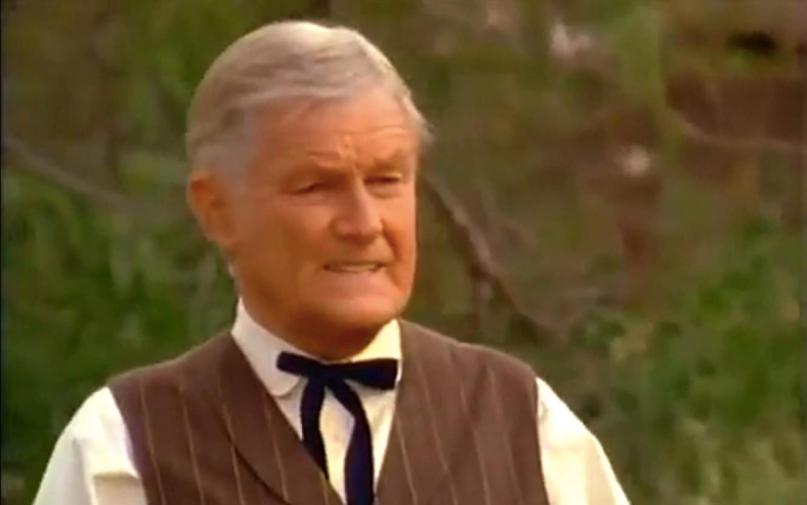 Orson Bean, frequent guest of Johnny Carson and actor in The Twilight Zone, Dr. Quinn, Medicine Woman, and Being John Malkovich, died in a traffic accident on February 7th. He was 91 years old.

As reported by ABC7, Bean was walking near his home in Venice, California, when a car clipped him and he fell in the street. Bystanders tried to stop traffic, but a second driver did not see Bean and struck him fatally.

“The car coming westbound did not see him and clipped him and he went down,” according to Captain Brian Wendling of the LAPD. “A second vehicle was coming up, was distracted by people trying to slow him down, and then looked up and then a second traffic collision occurred and that one was fatal.”

Bean was born in Vermont in 1928 with the real name of Dallas Burrows. A distant cousin of Calvin Coolidge, he claims to have peed on the sitting president at six months old. He developed the pseudonym Orson Bean in the 1950s, while working as the house comic at New York’s Blue Angel nightclub. This opened the door to appearances on The Tonight Show and The Ed Sullivan Show.

Orson Bean played Mr. Bevis in an early episode of The Twilight Zone, and would work steadily in film and television until he was blacklisted in the 1950s for being a communist. In 2016, he explained how he found out to The Hollywood Reporter.

“After I got elected to vice president of the New York local, I got a call from Ed Sullivan. I could feel the blood draining out of my face. He said, “I have to cancel this Sunday.” I had been on the show seven times. Overnight, I went from being the hot young comic at CBS to not working.”

Later in life Bean developed more conservative politics. He was the father-in-law of Andrew Breitbart before the blogger’s death in 2012. He reportedly told Breitbart, “It’s harder now to be an open conservative on a Hollywood set than it was back then to be a communist.”

After moving to Australia and living as a hippie in the 1970s, Bean struggled to find work in the 1980s, before landing a part on Dr. Quinn, Medicine Woman in 1993. For six seasons he played cynical storekeeper Loren Bray, and ever since then he had been consistently acting. In addition to recurring appearances on Desperate Housewives, Bean played Dr. Lester in Being John Malkovich, and guested on numerous sitcoms including Will & Grace, How I Met Your Mother, and Superstore. His most recent role was on a 2020 episode of Grace and Frankie.