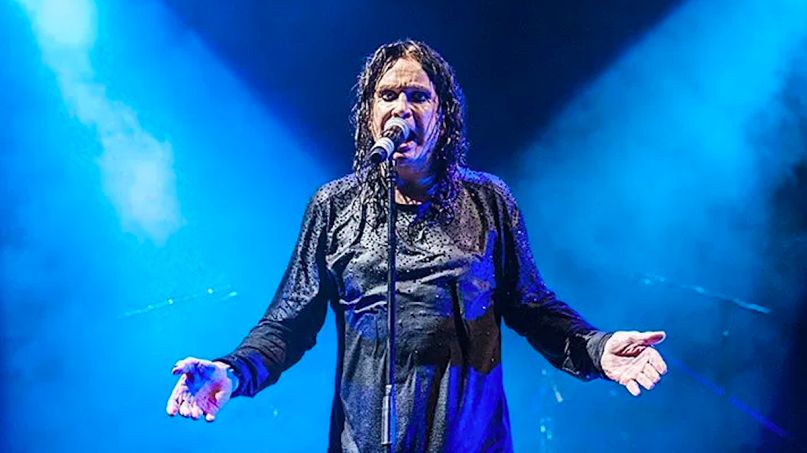 Ozzy Osbourne just released his new solo album, Ordinary Man, last week. But the metal legend is already looking to begin work on the follow-up as soon as next month.

In a discussion Monday with iHeart Radio, co-hosted by Disturbed’s David Draiman, Ozzy revealed his hope to head back into the studio with producer Andrew Watt very shortly. After the cancellation of his North American tour, Ozzy could ostensibly still work on new music while undergoing treatments for his health ailments.

“With this album, because I was so miserable the last year, it was a relief just to get and do something that I love to do,” Osbourne said. “I had no deadlines. And I’m hoping that next month I’ll go and do another album with Andrew. I might as well, while I’m not doing gigs.”

The sessions for Ordinary Man proved inspiring for Ozzy, who’d been bed-ridden after a series of health issues including a staph infection, pneumonia, a nasty fall, and an ongoing battle with Parkinson’s disease (which he only recently revealed). Working on the album became a healthy distraction, as Ozzy would jam with Watt, Duff McKagan of Guns N’ Roses, and Red Hot Chili Peppers drummer Chad Smith.

“My daughter, Kelly, came along, and she said, ‘A friend of mine is doing a record with Post Malone.’ I said, ‘Who the f**k’s Post Malone?'” Osbourne said. “To cut a long story short, I ended up meeting Andrew, who produced the Post Malone song [“Take What You Want”], one thing led to another.”

The looseness and spontaneity of Ordinary Man might be the template for a second album with Watt. The LP was finished quicker than anything Osbourne’s worked on except Black Sabbath’s 1970 debut, which was recorded in a few hours.

“We’d bounce the f**king melodies around until something came up, and we’d just go with it,” Osbourne said of Ordinary Man. “It was fun. And it was so f**king good to be doing something. Because I’d be lying in bed going, ‘That’s it, I’m never gonna walk again,’ and this got me doing something and feeling good. And it was simple, it felt more like recording a f**king jam session.”

As of now, Osbourne is still slated to tour Europe with Judas Priest this fall. Get tickets here.

Ladies and Gentlemen, The Prince Of Darkness, @OzzyOsbourne 🦇 🔥 #iHeartOzzyOsbourne