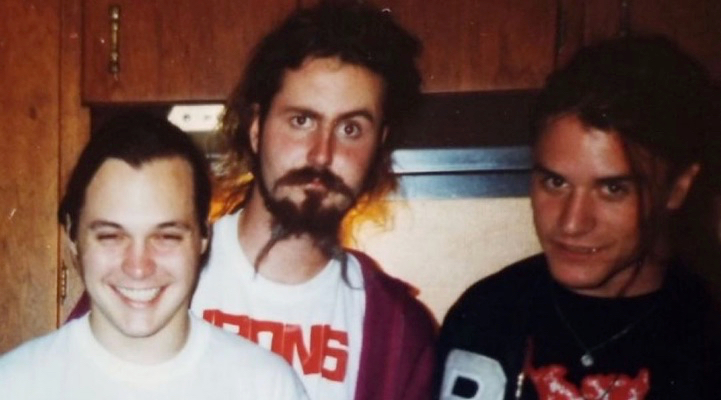 Scott Ian (Anthrax, S.O.D.) and Dave Lombardo (Slayer, Suicidal Tendencies, Dead Cross) rounded out Mr. Bungle’s lineup as they ripped through a scorching 17-song, 85-minute set. Amazingly, the night opened with Patton singing “Won’t You Be My Neighbor” before he was overwhelmed by the opening riffs to “Anarchy Up Your Anus” from the group’s 1986 demo tape, The Raging Wrath Of The Easter Bunny.

Mr. Bungle went on to perform several more tracks off The Raging, as well as two unreleased songs written during the era. Additionally, they covered songs by Corrosion of Conformity, Cro-Mags, Siege, and Circle Jerks before wrapping up the show with The Exploited’s “Fuck the USA”.

Watch fan-capture footage of the full concert and see the setlist below (via Setlist.fm). Mr. Bungle will play another show in Los Angeles on Thursday night before continuing their brief reunion tour in San Francisco and New York City. Tickets to their upcoming dates can be found here.

Following Mr. Bungle’s reunion, Patton will link up with Faith No More for their first tour dates in four years.