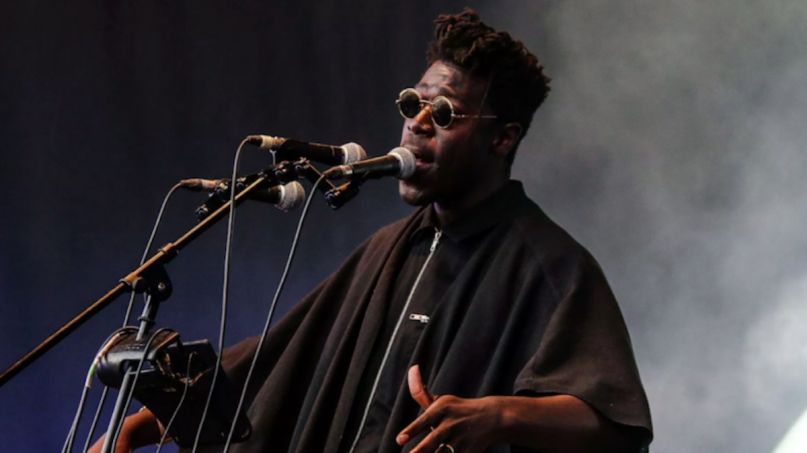 Moses Sumney is so excited to release his new double album, græ, that he’s sharing the first part early. Sumney announced today that part one will come out on February 21st, and he’s celebrating with a new song called “Cut Me”.

The art-rock singer-songwriter immediately demanded attention with his phenomenal 2017 debut album, Aromanticism, and upheld that level of consistency on his 2018 EP Black in Deep Red, 2014. So far, it sounds like græ will continue that impressive arc. The first half of the album features 12 songs, including previously released singles “Virile” and “Polly”. Part two spans eight songs, one of which is “Me in 20 Years”, and comes out on the album’s physical release date of May 15th.

New single “Cut Me” is off part one of græ, and it’s easy to see how it fits in with those other tracks. Instead of opting for cold, dramatic instrumentation, Sumney embraces a warmer sound of muted horns, layered backing vocal harmonies, and jaunty piano. It’s like you can hear the sunshine coming out from behind the trees as he sing. Stream it below via Spotify to see for yourself.

It’s almost undeniable that Moses Sumney will bring these new songs on tour soon. After all, he’s already scheduled to play live at Miami’s iii Points in May. What’s more, Sumney will host a residency and installation at Los Angeles’ Bootleg Theater from mid-February through early March. Between the hours of 12 and 5 pm on Monday through Saturday from February 13th through March 4th, fans will be able to hear græ playing in immersive, 3D Audio via Amazon Music HD on an Echo Studio. Starting February 12th, Sumney will also take the stage each Wednesday night for a free live performance.

In the meantime, grab tickets to Sumney’s upcoming concerts here.