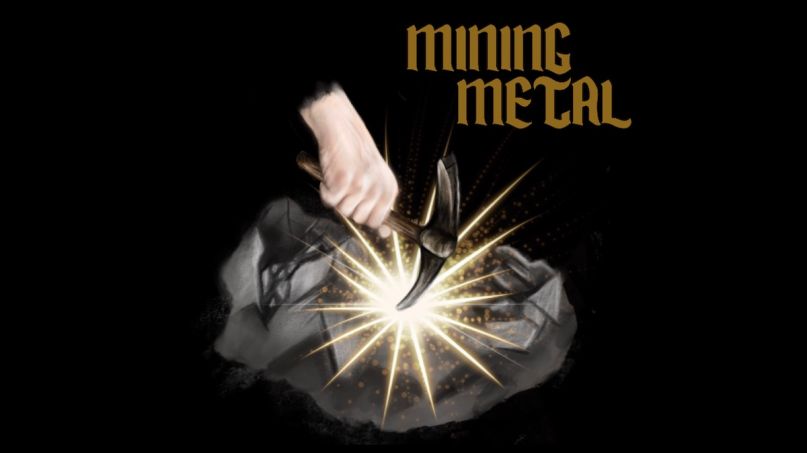 February may be the month of romance to many, but heavy metal is seldom romantic in the way we associate with Valentine’s Day. While it would be nice for underground metal to occasionally take a page out of late, great Type O Negative frontman Peter Steele’s book and double down on the first-date-appropriate riffs, that’s not what the genre’s best at. Anger, frustration, and fascination with the uncanny or the unjust. Those are the genre’s bread-and-butter, and on those promises February 2020 delivers.

This month’s selections include willfully obscure music for the irresponsibly left of center: collaborations from eccentric lifers, Buddhism-obsessed hermits and two riff clinics from the kind of musicians who sound as if they practice their sweep arpeggios while sleeping. Make out jams these are not, but they sure do set the mood. — Joseph Schafer

Strap in, it’s about to get weird. Placebo is the second full-length from Aktor, a collaboration between international creative partnership Professor Black from America, and Finns Jussi Lehtisalo and Tomi Leppänen. Perpetually-underappreciated, Black is a prolific multi-instrumentalist and singer-songwriter. He may be most well known for his now-shuttered depressive old school metal project Dawnbringer and its more uplifting alternative, High Spirits. Black knows his way around a fretboard and a vocal hook, and releases music at a prodigious pace, having released three solo records in 2018. Jussi Lehtisalo and Tomi Leppänen for some time kept the same pace as tow members of the always-evolving experimental outfit Circle. Bluntly, I find Circle’s music more interesting than enjoyable most of the time, Black tempers their oddest urges without sacrificing any of their charms. Placebo layers Black’s charisma over idiosyncratic old school metal in a way that evokes both Blue Oyster Cult and Devo. Buy it on Bandcamp. — Joseph Schafer

It’s cool when you discover a beloved band dropped not one but two albums. Each of these LPs from Cult of Fire are relatively brief, clocking in at less than 40 minutes apiece, making them an ideal set to play back to back. Of them, Moksha is a solid and very triumphant and orchestral black metal record, seeming to fuse symphonic black metal ideas with the more world music orientation of The Ruins of Beverast of late. Nirvana, meanwhile, is an early contender for album of the year, dabbling in major key musical ideas that don’t undercut the ferocity. Both are spiritually ecstatic and serious but, importantly, joyful, a rarity in black metal. Buy them on Bandcamp. — Langdon Hickman

Dawn Patrol — How Can We Call This Progress?

It’s hard to say no to leftist thrash metal. The albums of metal’s heyday often explored the territory of restorative/rehabilitative justice, eco-justice, and socialist ideals even if not naming those spaces specifically. Dawn Patrol live very much in that world, fusing the ethos of contemporary hardcore, which has never not been political, back into thrash. The piss and vinegar do the genre good; you can tell they give a shit in every smack of the snare and sharp downpicked power chord, let alone the sharp spit of the vocals. Musically, it’s very down the road, but energy (and attitude) counts and Dawn Patrol have it in spades. Buy it on Bandcamp. — Langdon Hickman

The Netherlands’ Fluisteraars first came to my attention in 2014 with the release of their debut record, Dromers, and its stupendous 16-minute opus, “De Doornen”. I have no patience for extended compositions these days, but that song still sticks with me, Six years later, Fluisteraars still have the same knack for composition, but they’ve expanded their sonic palate tremendously on Bloem. They’ve expanded their sonic palette to include Built to Spill-ish guitar tones, progressive touches worthy of Mike Oldfield, and electronic glitches without committing the cardinal sin of seeming too much like some other band trying black metal on for size just to seem edgy. Neither do their songs meander without coming to a point; always there is catharsis. Case in point, the beautiful half-time climax of “Nasleep”. Buy it on Bandcamp. — Joseph Schafer

Judging a band on pedigree tends not to pan out — how many times has a supergroup filed to live up to the promise of its various members? Godthrymm’s vocalist, guitarist, and songwriter, Hamish Glencross, however, has a killer resume, featuring impressive stints with British gothic doom figureheads My Dying Bride as well as death-crust outfit Vallenfyre. Reflections borrow more from the former than the latter, dealing in the magisterial and mournful sound that made Peaceville records famous in the early 90s. I’m an easy mark for this kind of music, but even so, Glenncross’s return to the genre is exemplary, as is his first turn behind the microphone as lead vocalist. Songs like “The Grand Reclamation” patiently rumble then strike, as beautiful as distant thunderclouds on a flat plain floating inexorably closer. Buy it via Profound Lore Records. — Joseph Schafer

Izthmi — The Arrows of Our Ways

The first thing you will hear on The Arrows of our Ways, the debut LP by Seattle black metal outfit Izthmi, is a chainsaw. It’s a chilling start to a harrowing listen. As the climate change crisis continues to spread unabated, dysphoria stemming from the destruction of the natural wonders around us will only become a more potent musical theme. The Pacific Northwest has long been a hotbed of environmentally-inclined black metal bands, but hasn’t produced a record like this in some time — the quartet don’t shy away from atmosphere or skip on the acoustic touches that typify this style, but their drums sound fierce and Jakob Keizer’s scream conveys the rage and drama his bandmates’ compositions call for. Buy it on Bandcamp. — Joseph Schafer

When’s the last time you thought about Necrophagist? Go and dig out Epitaph right now; I’ll wait. Okay, now: we may never be getting another Necrophagist album, but Peripheral Cortex saw to it that we at least would get a follow up to that incredible slice of progressive/technical death metal. To make a comparison, God Kaiser Hell feels like the same kind of evolutionary adjustment and progression of concept from Epitaph as Car Bomb’s LSD-dosed broken machinery prog metal riffing felt like a natural extension of Meshuggah that djent was never going to give us. This is tech death at it’s very best: harebrained, ecstatic, hyper-limber. Tech death for Peripheral Cortex is a test of creativity that requires chops, not a chops showcase occasionally spiced with creativity, and that difference matters. This is destined to be a sleeper, which is a shame. Buy it from Bandcamp. — Langdon Hickman

The track that Incorporeal defaults to on Bandcamp is not the first track but “Dethrone the Traitors”, its second. This is the correct way to listen to the album in my view; the song starts off by lunging for your throat, an up-tempo take on the kinds of musical ideas Gojira hasn’t been exploring since they finished touring The Way of All Flesh. That album came out 12 years ago now, indicating it may be allowable for another band to start plumbing those depths again. With Stoned God, the vocals are a touch meaner than Joe Duplantier’s frenzied howl and for another, the group seems to be aware of the rise of Slugdge and that group’s own take on post-Morbid Angel prog/tech death. The production and riffs here sound like a band selling out clubs on headlining dates, and not a band with the relative obscurity Stoned God. And that sense of self-respect carries through in terms of energy and charisma to the songs. I can’t imagine this not winning people over if they give it a chance. Buy it from Bandcamp. — Langdon Hickman