Lizzo Busts Out the Flute for a Cover of Harry Styles’ “Adore You”: Watch

It's worth watching just to hear her coo, "Oh, Harry!" 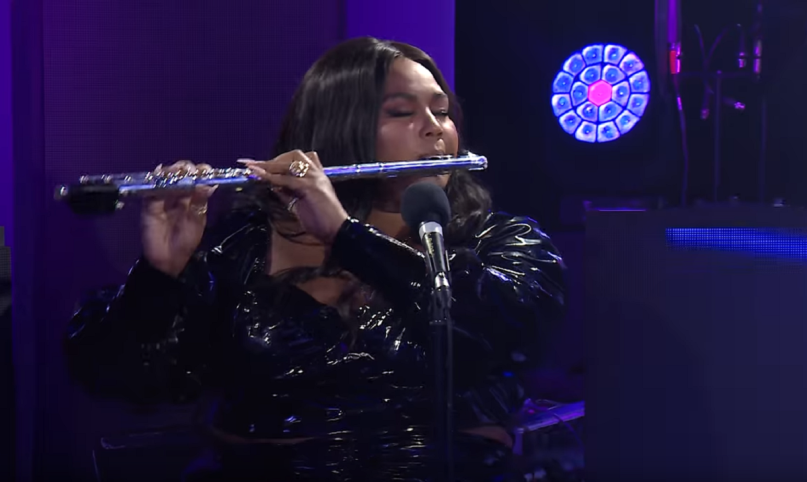 One of the most fun pop stories of the year has been the burgeoning friendship between Harry Styles and Lizzo. It all began last December, when Styles covered “Juice” for BBC Radio 1. Then at the end of January, Lizzo brought Styles out for a surprise duet of that same song, and now she’s fully returned the favor, covering Styles’ smash hit “Adore You”.

If there was any doubt that this was personal, Lizzo cooed “Oh, Harry,” right before the first chorus. Her take on “Adore You” is just a little slower than the original, allowing more space for one of the biggest voices in music today. She gets the most out of her live band, which finds the funky soul within the glitzy pop, but the real highlight is her stirring flute solo. Watch Lizzo perform “Adore You” below.

Lizzo will be headlining Bonnaroo and Osheaga this year, and she has upcoming performances at the New Orleans Jazz and Heritage Festival. Tickets are available here.

Just a few days ago, Harry Styles swung by BBC Radio for a cover of Joni Mitchell’s “Big Yellow Taxi”. He’s currently in the middle of a massive world tour and you can snag tickets here.