The first taste of the pop singer's sixth studio album 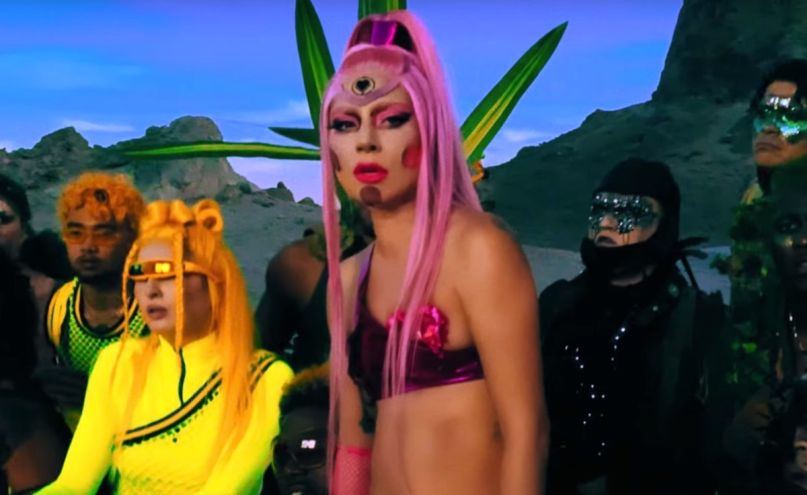 Finally, we have a new Lady Gaga song to get stuck in our head that isn’t from A Star Is Born. Today, the Mother Monster has returned with a new single called “Stupid Love”.

“Stupid Love” marks Gaga’s first non-movie-related song since releasing one of the decade’s best albums, Joanne, in 2016. Fans of the pop superstar have likely been expecting the release for months, as Gaga has been teasing it online and an unfinished version recently leaked. Now, we finally have the full, official version of the electronic disco banger.

In an interview with Apple Music, Gaga confirmed that “Stupid Love” is the first track from her new album. “You know, someone asked me the other day what my goal was with this album and it actually sounds ridiculous when I say it out loud. But I go, ‘I would like to put out music that a big chunk of the world will hear, and it will become a part of their daily lives and make them happy every single day.'”

Update: Gaga’s new album, Chromatica, is due out on April 10th. She’s also announced dates for “The Chromatica Ball” tour.

Gaga recorded much of the album at her home studio — which was formerly owned by Frank Zappa — and worked alongside producers including Max Martin, BloodPop, and Tchami. Much of the album was seemingly inspired by her breakup from fiancé Christian Carino. “This was very emotional for me making this album and I cried constantly,” she explained.

“I’m pretty sure that when we all decide to be vulnerable, it’s really scary, and I think it’s very scary for a lot of people and there’s all kinds of laws and constructs and things that have built all around us and you know what? she added. With this song, “I’d love for it to collapse as many of those walls as possible and people to be saying, ‘I want your Stupid Love. I love you.'”

“Stupid Love” comes to us via a vibrant music video. Set in a world split into colorful tribes torn apart by conflict, the Daniel Askill-directed clip finds Gaga as the leader of the Pink Kindness Punks. Using her kinetic dance moves — and a bit of telekinesis — she seeks to stop the feuding and bring the various tribes together. Watch it below.

Lady Gaga will return to her two-part Las Vegas residency, “Enigma”, beginning in April, and you can find tickets here. She’ll also soon make a return to the silver screen, as news broke last November that she’d joined the cast of Ridley Scott’s upcoming Gucci assassination movie as the Black Widow herself, Patrizia Reggiani.