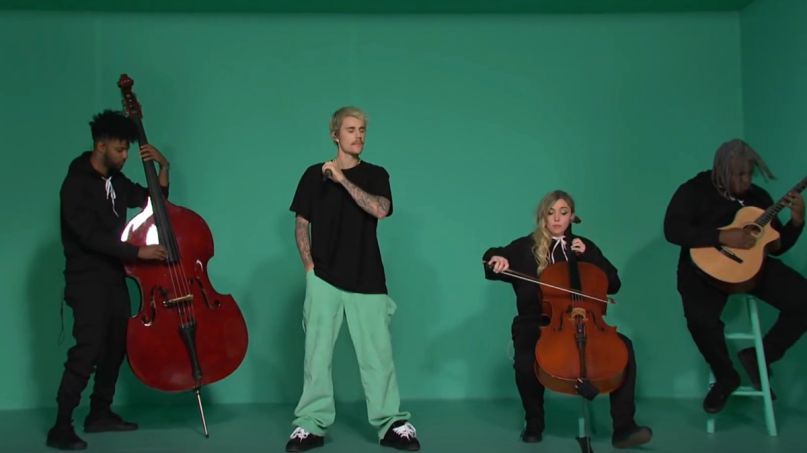 We’re a little less than a week away from the release of Justin Bieber’s new album, Changes. To kick off celebration a little early, the pop singer stopped by Saturday Night Live to perform “Yummy” and the recently released “Intentions” with Migos member Quavo.

Bieber first performed “Yummy”, beginning the song with a stripped down three-piece strings arrangement, haloing his smooth vocal runs. About a minute in, the familiar pop production arrived as the singer jumped into choreography, flanked by four dancers.

Moving into “Intention”, Bieber found himself gliding around a stage framed by bright neon, backed by flashing lyrics as the singer hooked over them, once again backed by his dancing crew. Just like the official track, Quavo stepped in for a full verse toward the end, wrapping up the number with the young pop singer.

Watch both of Bieber’s SNL performances below.

Changes arrives officially on February 14th. In support, Bieber has a heavy load of North American tour dates ahead, and you can get tickets here.