Her bowel cancer is now in remission 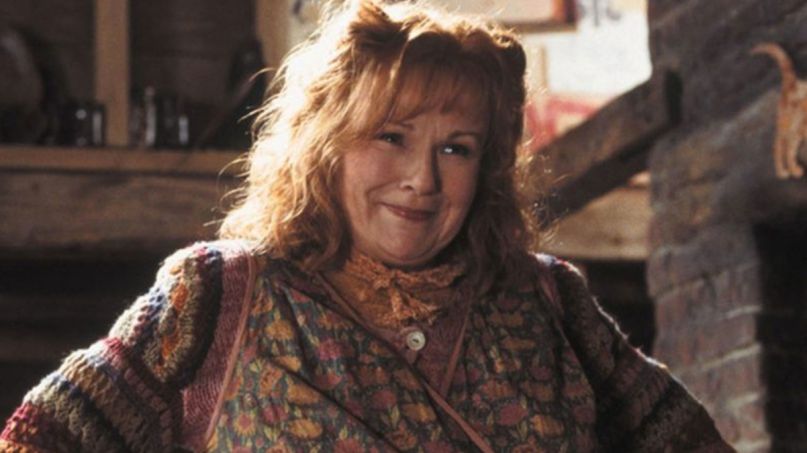 Julie Walters in Harry Potter and the Chamber of Secrets (Warner Bros.)

Dame Julie Walters, the Academy-Award nominated actress best known as Molly Weasley from the Harry Potter films, has revealed that she was diagnosed with stage 3 bowel cancer in 2018. She has since received treatment and her cancer is in remission.

Walters first learned of the diagnosis two years ago, but kept the news within her family until a recent interview with the BBC. She said she found it harder to tell her husband, Grant Roffey, about the cancer than to hear about it herself. “I’ll never forget his face,” she recalled. “Tears came into his eyes and I thought, ‘Oh, Grant!’ So then I’m worried about him more than [the diagnosis].”

She began treatment by having “30cm taken out of my colon” — that’s about 12 inches — before undergoing chemotherapy. “I’ve just had a scan,” she said, “and I know that [I’m] clear.”

Stage 3 cancers are locally advanced, having spread into nearby lymph nodes and muscles without reaching distant organs. According to the American Cancer Society, bowel cancers are the third-most common types in the United States, with an estimated 150,000 new cases annually.

Walters recently wrapped filming a new adaptation of The Secret Garden with Colin Firth. She said it might be her last film:

“It would have to be something I’m really engaged with [to take another role on]. I’m not saying I’ll never act again. But I certainly don’t think I can go back to six days a week, five in the morning till seven o’clock at night.”

Walters received her first Oscar nomination in 1984 for the titular role in Educating Rita, and she received her second after portraying dance teacher Sandra Wilkinson in Billy Elliott. She appeared in seven of the eight Harry Potter films, as well as both entries in the Mamma Mia! franchise as the fun-loving author Rosie Mulligan. Most recently, she was seen in 2018’s Mary Poppins Returns.