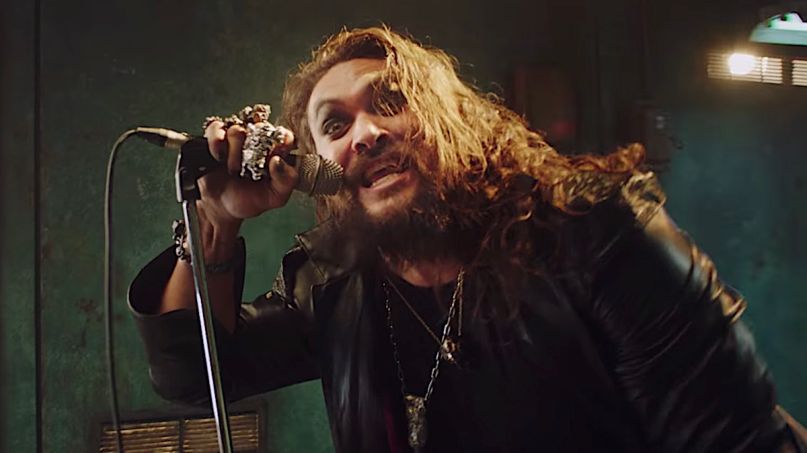 Hulking actor Jason Momoa has played such memorable characters as Aquaman and Khal Drogo (Game of Thrones), but his latest role casts him as the Prince of Darkness. That’s right, the proud metalhead takes on the guise of Ozzy Osbourne while promoting the latter’s new album, Ordinary Man.

Ozzy’s new LP arrived on Friday, marking the metal singer’s first solo album in 10 years. As part of the promotion, Momoa appears as the metal icon in a teaser clip soundtracked by the LP’s song “Scary Little Green Men”.

The minute-long clip starts out with the text, “The following preview has been approved by bat-loving audiences to accompany Ozzy Osbourne’s new album Ordinary Man.” Then, we see a cloaked character approaching a microphone in a dark and ominous hallway. When the hood comes off, we see Momoa enthusiastically lip-syncing “Scary Little Green Men” while dressed head to toe as Ozzy.

Momoa is an avowed metal fan, recently jumping onstage with his son to join Philip Anselmo for a rendition of Pantera’s “This Love”. The actor also recruited a death metal singer to help him prepare for his vocalizations in the new Apple TV series See.

As for Ozzy, he recently had to cancel his 2020 North American tour, as he seeks treatments in Europe for his various health issues. The singer recently revealed that he has been battling Parkinson’s disease, plus he is still recovering from a nasty fall he suffered last year.

See Jason Momoa rock out as Ozzy Osbourne in the clip below.