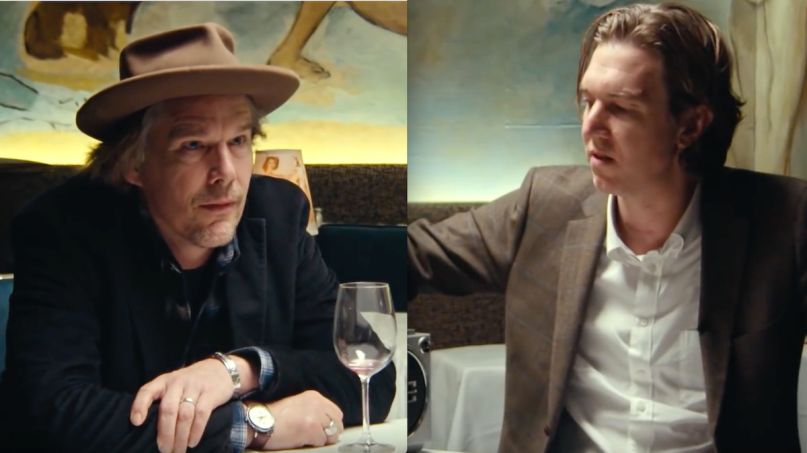 Hamilton Leithauser is gearing up for a new album, and today he’s unveiled a taste what’s to come with a new song called “Here They Come”.

Leithauser’s most recent albums were 2016’s I Had a Dream That You Were Mine, which he tapped Rostam to help him make, and 2014’s Black Hours. Back in 2017, he released a standalone single called “Heartstruck” with Angel Olsen, too. While no details have been shared about his new full-length, we do know that it’s comprised of real stories about real people, most of which are his friends.

“Here They Come” is a finger-picked acoustic track-turned-jaunty indie folk pop number. In a press release, Leithauser said it’s about a friend of his who runs from his problems “When the going gets tough, he tends to just cut and run,” he explained. “The song is about the specific moment when the lights are coming up in a movie theater where he’s been hiding out all day, and life’s complications are just coming back into focus.” Stream it below.

Because these are real stories, Leithauser wanted to be careful walking the line between staying accurate with details about his friends while still allowing space for listeners to see themselves in the stories. He decided to meet up with his “writer-actor friend” in a teaser video to figure out if “Here They Come” was a success by this metric. That friends just happens to be Ethan Hawke.

In the clip, we see the two meet up in an empty hotel space. Hawke pretends to be annoyed at Leithauser’s lateness, but when he hears the song on a boombox he’s visibly moved… to the point of slamming Leithauser with a chair. “I guess you didn’t like it,” Leithauser jokes. Watch it unfold below.

We may not know when this record is coming out, but we do know you will be able to hear the songs live. It appears Hamilton Leithauser is gearing up for a tour because he’s already scheduled to perform at festivals like BottleRock Napa Valley and The National’s Homecoming Festival. Grab tickets to all of his upcoming concerts here.