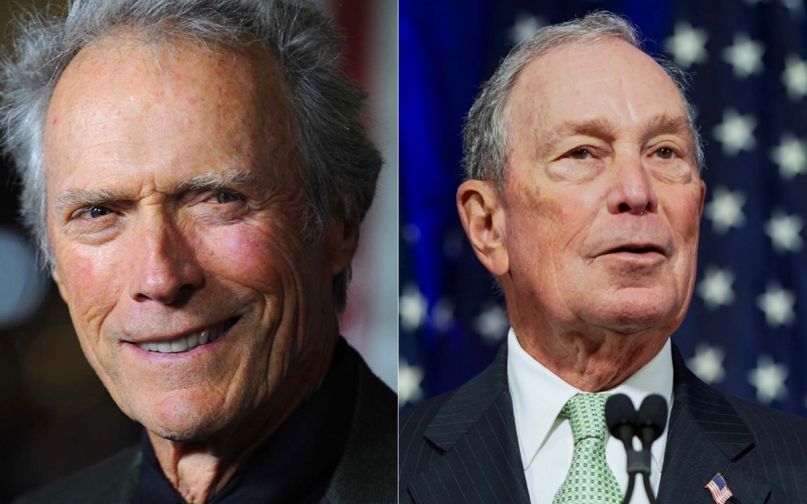 Clint Eastwood is throwing his support behind Michael Bloomberg ahead of the 2020 presidential election.

The 89-year-old actor and director self-identifies as a Libertarian, but has championed Republican candidates in recent years. In 2012, after endorsing Mitt Romney for president, Eastwood infamously appeared at the Republican National Convention, where he addressed an empty chair representing Barack Obama.

During the 2016 election cycle, Eastwood expressed apathy toward both nominees, likening Donald Trump and Hillary Clinton to a modern-day Abbott and Costello. “I think both individuals and both parties backing the individuals have a certain degree of insanity,” he was quoted as saying at the time. However, Eastwood said he’d vote for Trump, because Clinton “declared that she’s gonna follow in Obama’s footsteps.”

With the 2020 election approaching, Eastwood spoke to The Wall Street Journal about the current state of American politics before revealing that he’d be supporting a different Republican billionaire for president.

“The politics has gotten so ornery,” Eastwood commented. While he said he agrees with “certain things that Trump’s done,” he added that he wished the president acted “in a more genteel way, without tweeting and calling people names. I would personally like for him to not bring himself to that level.”

Eastwood then revealed his candidate of choice in 2020: “The best thing we could do is just get Mike Bloomberg in there.”

Eastwood is Bloomberg’s first major celebrity endorsement since entering the race earlier this year. The former mayor of New York City, who long identified as a Republican before switching parties in 2018, currently polls third nationally among Democratic presidential candidates.