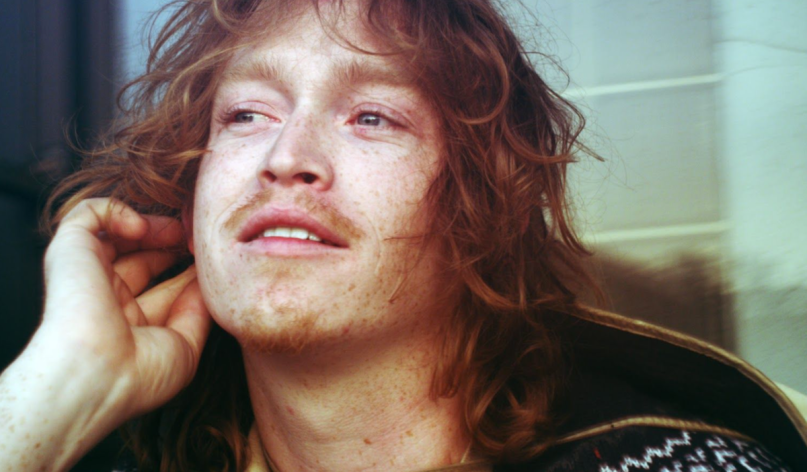 After noteworthy roles in Get Out and Three Billboards Outside Ebbing, Missouri, actor Caleb Landry Jones is ready to officially jump-start his musical career. The 30-year-old Jones has announced his debut album, The Mother Stone, due out May 1st via Sacred Bones. To preview the spring release, he has shared the first track, “Flag Day / The Mother Stone”.

According to a statement, the new LP is one that’s been brewing for more than a decade. Jones began writing songs when he was just 16, around the same time his acting career kicked off. Even with film projects continuously coming his way, the young actor kept “writing record after record after record after record, because I didn’t know what to do with myself,”​ Jones remarked.

His first real musical break came after he shared some material with Jim Jarmusch, who then linked Jones with Sacred Bones founder ​Caleb Braaten (Jarmusch has released several of his own albums through the label.) It wasn’t long before Jones signed on with Sacred Bones and commenced album recording sessions at Valentine Recording Studios​ with producer ​Nic Jodoin (Black Lips, The Coathangers).​

“I had no idea what an astounding and unusual musician Caleb Landry Jones was until he gave me some of his music to listen to two years ago. Oh man, I don’t even know how to describe it! But I asked Caleb if we could get it to Caleb Braaten at Sacred Bones. And now, thanks to these two Calebs it’s being delivered to the world – a strange and beautiful gift!”

The first single “Flag Day / The Mother Stone” is a seven-minute kaleidoscopic walk through dark orchestral trenches and loose psych-rock moments. It is woven with a piano melody Jones originally wrote for Jarmusch and takes heavy influence from The Beatles’ White Album.

Stream it down below, and then check out the pre-order options for the new album.