With help from an all-star cast of Hans Zimmer, Johnny Marr, and Finneas 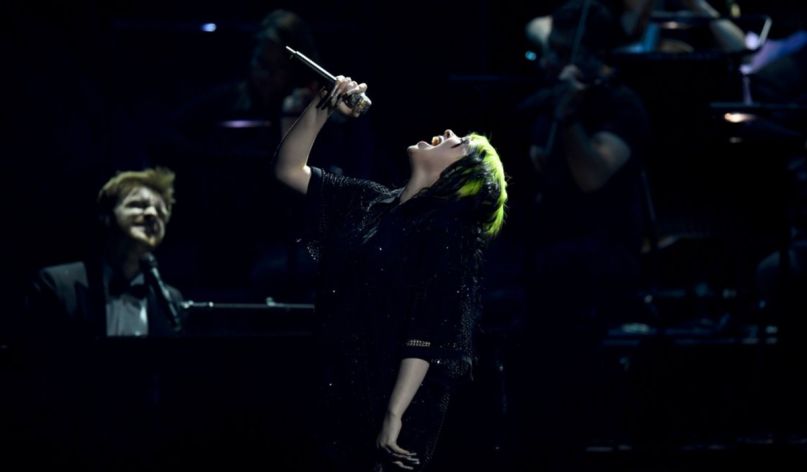 Replay video of the all-star rendition below.

Eilish is the youngest artist to ever record a theme for a James Bond film. “It feels crazy to be a part of this in every way. To be able to score the theme song to a film that is part of such a legendary series is a huge honor. James Bond is the coolest film franchise ever to exist. I’m still in shock,” Eilish previously commented in a statement.

“No Time to Die”, recently crowned our Song of the Week, follows Eilish’s monster winning streak at the 2020 Grammys earlier this month. The teen phenom swept all four top categories that evening, including Album of the Year for the stellar We All Fall Asleep, Where Do We Go? and Best New Artist, making her the first female to do so in the ceremony’s history. She also recently appeared at the Oscars, where she covered The Beatles’ “Yesterday” during the In Memoriam portion of the ceremony.

Our 2019 Artist of the Year and 2018 Rookie of the Year will continue to support her debut album with a lengthy arena tour of North America that begins in March. Purchase your Billie Eilish concert tickets here.

No Time to Die, directed by Cary Joji Fukunaga and starring Daniel Craig in his final turn as Bond, opens in theaters in the UK on April 3rd and in the US on April 10th.

“No Time To Die” by @BillieEilish with an orchestral arrangement from me and @MattDunkleyMuso is out now! I will be performing the #Bond25 theme song with Billie, @Finneas and @Johnny_Marr on Tuesday, February 18 at the @BRITs. Listen to #NoTimeToDie: https://t.co/7sE1h7wlGS pic.twitter.com/qNOh9a7unt