Murray reprises his classic comedy role for the new commercial 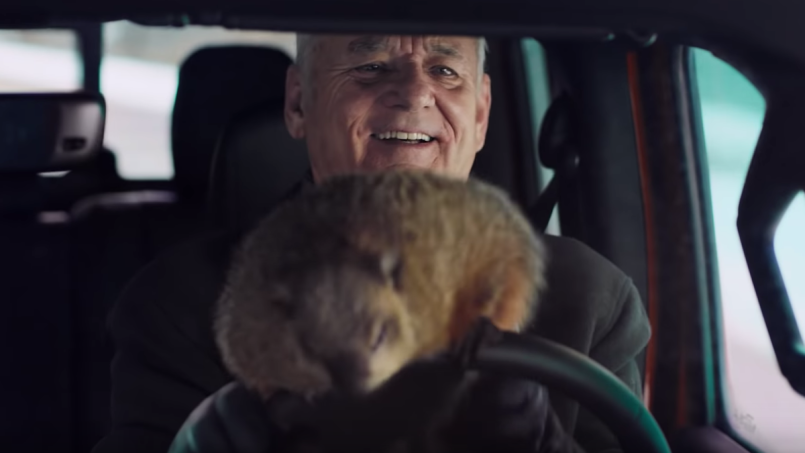 As the Kansas City Chiefs and the San Francisco 49ers get ready to face off in Super Bowl LIV, Punxsutawney Phil came out of his homey hole and predicted an early spring. Yes, the Big Game falls on Groundhog Day this year, and while that has brought good news for fans of warmer weather, it’s reignited an old nightmare for Bill Murray.

The comedian has reprised his classic role from 1993’s Groundhog Day for a Super Bowl commercial for Jeep. Advertising the new Jeep Gladiator Rubicon, the ad finds Murray waking up to a familiar radio broadcast of Sonny & Cher’s “I Got You Babe”. Back in the dreadful time-loop, he walks onto the streets of Punxsutawney, Pennsylvania (actually Woodstock, Illinois, the same filming location as the film). There, he runs into the cloying Ned Ryerson (Stephen Tobolowsky) and groundhog handler Buster Green (Murray’s brother, Brian Doyle-Murray).

But there is one thing different this time (besides everyone’s age); sitting on the street is a brand new Jeep. Murray snags Punxsutawney Phil and jumps into the ride, heading off to snowy adventures with his woodchuck pal. “No day is the same in a Jeep Gladiator,” goes the tagline as Murray enjoys the daily repetition far more than he did in the original Groundhog Day.

Jeep has shared the commercial early ahead of the game, and you can watch it below. Other early-release Super Bowl commercials include Sam Elliot’s “Old Town Road” recitation for Doritos and Maisie Williams singing Frozen‘s “Let It Go” for Audi.