Artist of the Month Beach Bunny on Led Zeppelin, TikTok Stardom, and the Chicago Music Scene 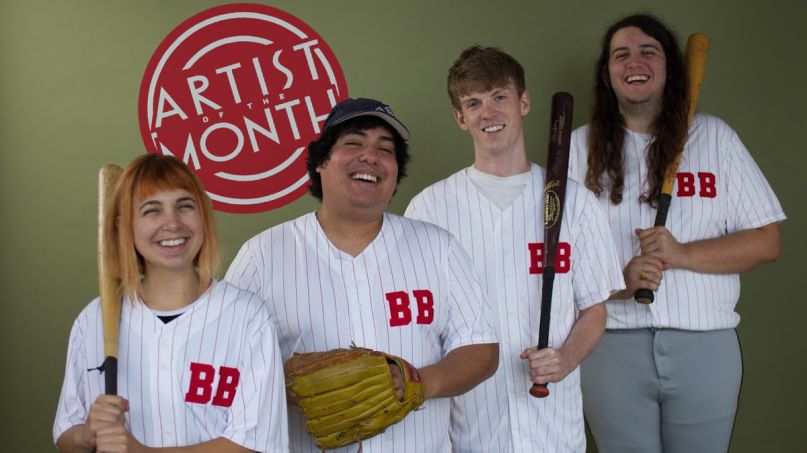 When it appeared in the rotation of Chicago’s independent radio stations in the fall of 2017, “February” by Beach Bunny was an easy, effective introduction into frontwoman (and then-DePaul undergrad) Lili Trifilio’s brand of heart-on-the-sleeve power-pop. I was certainly still humming it three Februarys later as I prepared to meet the band on a gray afternoon 10 days before the Valentine’s Day release of their debut full-length, Honeymoon.

Three Februarys later, that song remains catchy; it’s everything else that’s changed. In those ensuing years, Trifilio and her bandmates (Matt Henkels, Jon Alvarado, and Anthony Vaccaro) graduated from Logan Square house shows to sold-out headlining spots at Metro and Thalia Hall to attention-grabbing appearances at festivals including Riot Fest and Lollapalooza. Along the way, their community of catharsis-seeking power-pop fans also grew accordingly, helped along by the viral success of their 2018 song “Prom Queen” on TikTok. Now, after conquering Chicago and mastering the concentrated punchiness of the EP, the band are ready for their biggest year yet.

Although they’re on the cusp of wider recognition (in addition to the new record, 2020 also includes an appearance at Coachella and a first-ever European tour), the mood is low-key as we gather at Alvarado’s new apartment, which still sports a stray Christmas decoration or two. Mostly, we’re all just wishing that the weather outside was as sunny and expansive as the music the four make together.

Read on for thoughts from Beach Bunny on the making of Honeymoon, the generosity of producer Steve Albini, and the worst questions that most music journalists (other than me) ask during interviews.